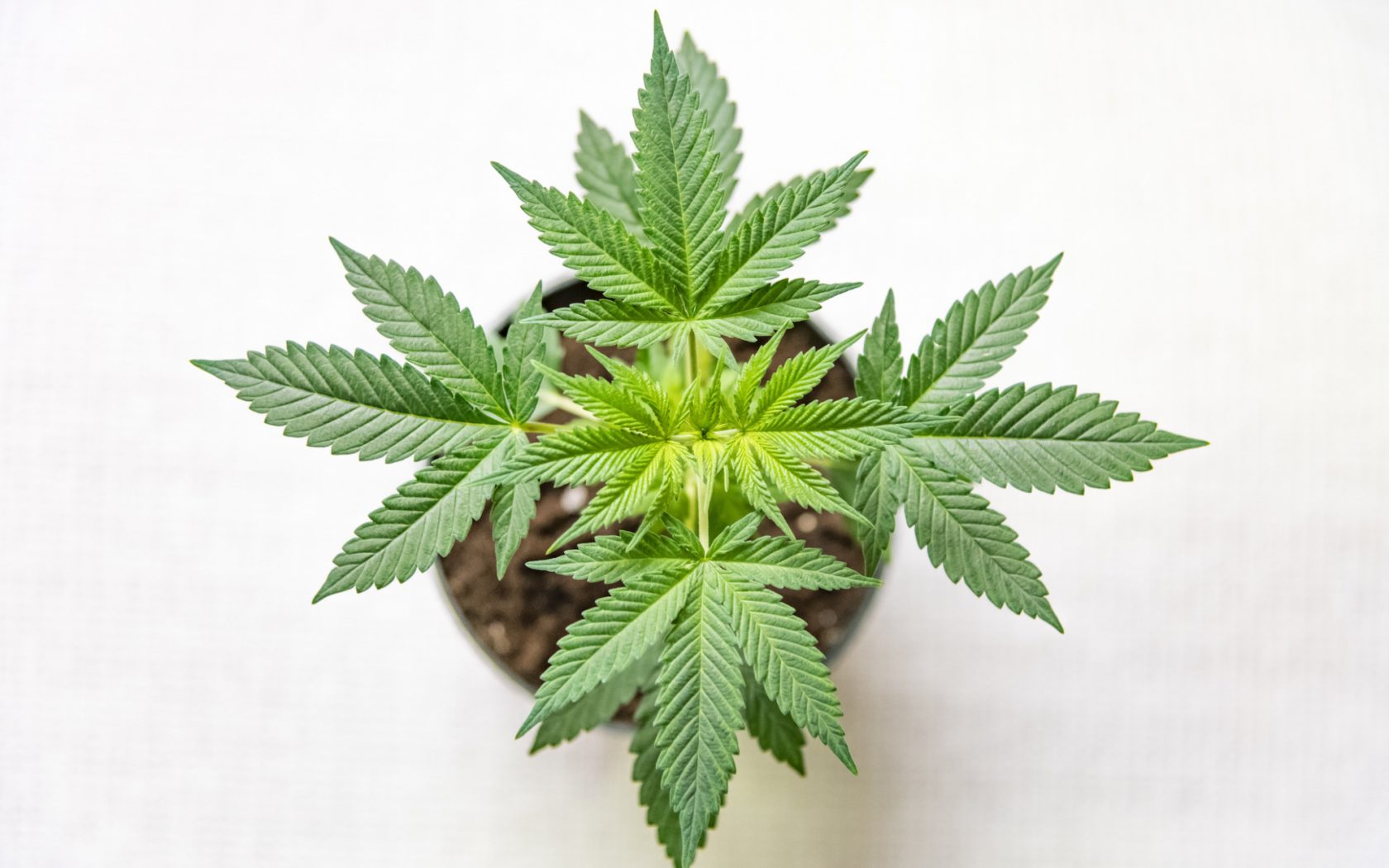 To better explore the world of Medical Marijuana (MMJ), it's best to become familiar with some new acronyms. The cannabis, or marijuana, plant has a number of chemical compounds, eighty-five and counting, that are secreted by its flowers. These compounds, known as cannabinoids, have shown to be powerfully effective on symptoms of chronic conditions and serious illnesses.

These cannabinoids, when ingested, bind like a puzzle piece with endocannabinoids produced naturally in the human body. Endocannabinoids are simply fatty acids found throughout the brain, nervous system and tissues of the body that happen to be perfect receptors for the cannabinoids found in the marijuana plant. When bonding occurs between the two, the body begins to repair itself, starting at the cellular level.

The highest concentration of healthful cannabinoids can be found in the buds, stems and leaves of the female plant. Scientists have grouped these cannabinoids into several subclasses, two of which get a lot of attention: THC and CBD. THC (Tetrahydrocannabinol) is the most commonly-known compound and is responsible for most of the euphoric properties of marijuana and Cannabidiol, or CBD, refers to the non-euphoric agents that can reduce spasticity, attack cancer tumors, relieve pain and even protect nerves.

The balance of THC and CBD percentages can vary greatly in marijuana products -- not only within different strains of the plant itself, but also in the extracts made from the plants.

Although hemp and marijuana are often seen as synonymous, there are some distinctive differences that must be taken into account. Both are classified under the Latin term cannabis sativa but each possesses different biological and chemical properties. Hemp normally refers to the thick, fibrous stalk of the cannabis plant that is grown for a number of industrial products including oils, clothing, building supplies and even fuel. According to a common standard, hemp refers to the part of the plant that possesses less than 0.3% THC content. When the word marijuana is used, people are often referring to the top of the plant that produces the leaves and the flowers. It is this part of the cannabis plant that contains the high THC levels and therefore is identified as and regulated as a drug.

The flowers of the cannabis plant are often referred to as “buds" because it's the leaves of the female plant that are harvested at a specific time, cured and the flowers are trimmed down to just the buds before being provided as medicine. The collection of these buds, or “nugs", can range in size between plant and strain. It's this part of the plant that is used for medicating, often ground and put into a marijuana joint (a thin cylinder of finely cut cannabis rolled in paper for smoking), pipe, or water pipe.

The flowers of the cannabis plant offered by Providers are split into 2 families: Indica and Sativa. Most dispensaries also offer a third flower option, Hybrid, which is a strain that splices both the Indica and Sativa strains.

Providers will sometimes have their flowers lab tested. This is done to not only verify that the plants are free of mold and dangerous pesticide/herbicides, but also to get an accurate reading of the THC & CBD levels in the flowers. Many Providers will display or list the THC/CBD percentages of their buds. Some strains are richer in THC, some richer in CBDs. Being aware of the exact numbers, delivered by the lab report, allows patients to make a more educated decision when selecting their medication.

The two most popular ways of medicating with raw flowers is to smoke or vaporize them. Smoking cannabis involves rolling the plant material in a paper of some sort or putting it in a device where it can be burned and the patient can inhale the fumes. Vaporizing usually involves putting the marijuana in a ceramic or metal device that can be heated with electricity to such a level that the plant material dehydrates, vaporizes and releases the THC and CBDs without catching fire. The patient then inhales the vapors that are produced.

Hopegrown recommends vaporization as the preferred method because it avoids combustion, which releases toxins and carcinogens that are inhaled when smoking. Please note that the effects of smoking or vaporizing cannabis should be felt very soon after ingesting. However, some strains are referred to as “creepers" and take a few minutes to take effect. If the patient doesn't feel any effects of the medication within the first 15 minutes, then the application should most likely be repeated.

Through a number of different processes, the cannabis plant can be reduced to an extract of many shapes and colors and consistencies. One of the most popular is hashish, also known as hash. Hash can range in color from black to light brown and the consistency of a clay brick to something more malleable like putty.

Other extracts, or “concentrates", have consistencies that have determined their classifications: There are “waxes" similar to beeswax, “shatters" which are a thin and almost transparent, candy-like brittle and “oils" which are exactly what one might imagine.

Kief is yet another concentrate that refers to the THC-ladened trichomes of the marijuana leaves that are removed by a process involving screens and collected into a golden or light tan colored powder. Kief typically has very high levels of THC content and is not usually consumed by itself. Rather, it's often added to flowers or other concentrates in order to increase the overall potency.

Concentrates are commonly smoked or vaporized. A popular form of vaporizing concentrates is called “dabbing." This process involves heating an element called a “nail" in a pipe or smoking device. The nail, similar in shape to a small flower stem, is usually made of glass or titanium and is heated to an extreme temperature, either by blowtorch or an electric box known as an “e-nail". Once a “dab" of concentrate is placed on the heated nail, it instantly vaporizes and the patient inhales the vapors that are produced.

Also becoming popular are vaporizer “pens". These are pen-shaped, battery operated vaporizers that are incredibly portable. However, please keep in mind that most concentrates are very potent; the THC content of a concentrate is usually triple what is normally found in the raw plant material.

Once it was discovered the chemical compounds in cannabis bonded well with lipids, cooks have been trying to find all sorts of ways to get cannabis into food. This is usually done by a process of reducing raw cannabis with water and heat and combining it with oil or butter. This oil/butter is then mixed in with standard recipes. Marijuana-medicated foods are commonly referred to as “edibles" or sometimes, “medibles."

Another form of medicating from the kitchen is juicing raw cannabis. This method is growing in popularity and showing great health benefits attributed to the large volume of CBDs that can be ingested in this manner.

Although edibles might seem like the simplest and most attractive way to medicate, it's often noted that the one true drawback with standard edibles is the difficulty in determining proper dosage and effectiveness. Most people's metabolisms are unique and this factor lends itself to producing varied results in patients when cannabis is ingested and digested. It's important that new patients, when experimenting with edibles, begin with small doses and low potency and wait an hour or two to determine if more is needed.

There are a couple forms of concentrates which deserve a category all their own. For those patients looking for non-smokeable forms of cannabis, topicals and tinctures are extracts of the cannabis leaves and buds that have proven to be very safe and effective.

"Topicals" generally refer to the oils, balms, ointments, creams, lotions, rubs and, believe it or not, lubes that have been infused with a cannabis extract. These medicines, containing both THC and CBDs, are primarily intended to be applied to the surface of the skin. Often, they're used to alleviate symptoms of disorders like eczema, arthritis, psoriasis and migraines as well as to relieve swelling and pain from simple bumps, bruises and aches. The THC component of topicals has proven to be a great pain reliever with anti-inflammatory properties, and the THC entering the skin doesn't absorb into a detectable level in the bloodstream and doesn't produce any feelings of “being high". This is comforting news for patients seeking relief but worried about drug screenings.

"Tincture" is the name given to medicinal drops, usually alcohol or glycerin based, that have been infused with cannabidol. Unlike flowers and general concentrates, where the THC percentages far outweigh the percentages of the other CBDs, tinctures are flipped — they're often high in CBD percentages with near zero traces of THC. Cannabidol is the extract of the marijuana plant containing a high concentrate of CBDs that is then infused into simple solutions. Medicating with cannabidol tinctures usually involves applying it with a dropper sublingually (under the tongue) or adding the drops to a standard drink like coffee, tea, water or juice. It's this form of cannabis medicine that is most commonly used when the patient happens to be a minor or a child. Having next to no THC, these tinctures high in CBDs tend to produce no noticeable psychoactive effects, but instead greatly improve brain synapse activity, reduce tumors and alleviate serious spastic conditions of disorders like Autism and MS.

Finding what kind of cannabis medicine and what method of ingestion is right for you is a tricky and often trial-based process. Before making any purchases, make sure you go over all your options with your budtender (dispensary clerk), your caregiver or your provider. This is not the time to be shy. Make sure you communicate clearly your symptoms, your health goals and your experience level.

For instance, if you're not accustomed to smoking cigarettes or cannabis or having anything foreign in your lungs, than most likely you'll want to begin experimenting with oral cannabis medicines like pills, tinctures or edibles. However, if you have a history of smoking and are concerned about a healthy future, than you might want to consider vaporizing your cannabis. Also, make sure that if you buy a smoking or vaporizing device that you are unfamiliar with, you get coached properly on how to use it before experimenting on your own.

The good news is that, today, there is a world of of options awaiting you and remember: there hasn't been a single recorded case of a marijuana overdose. So there's no serious or fatal risks involved. But it's important to proceed with caution: find a medicine that can be divided into incremental doses, start small and work your way up.