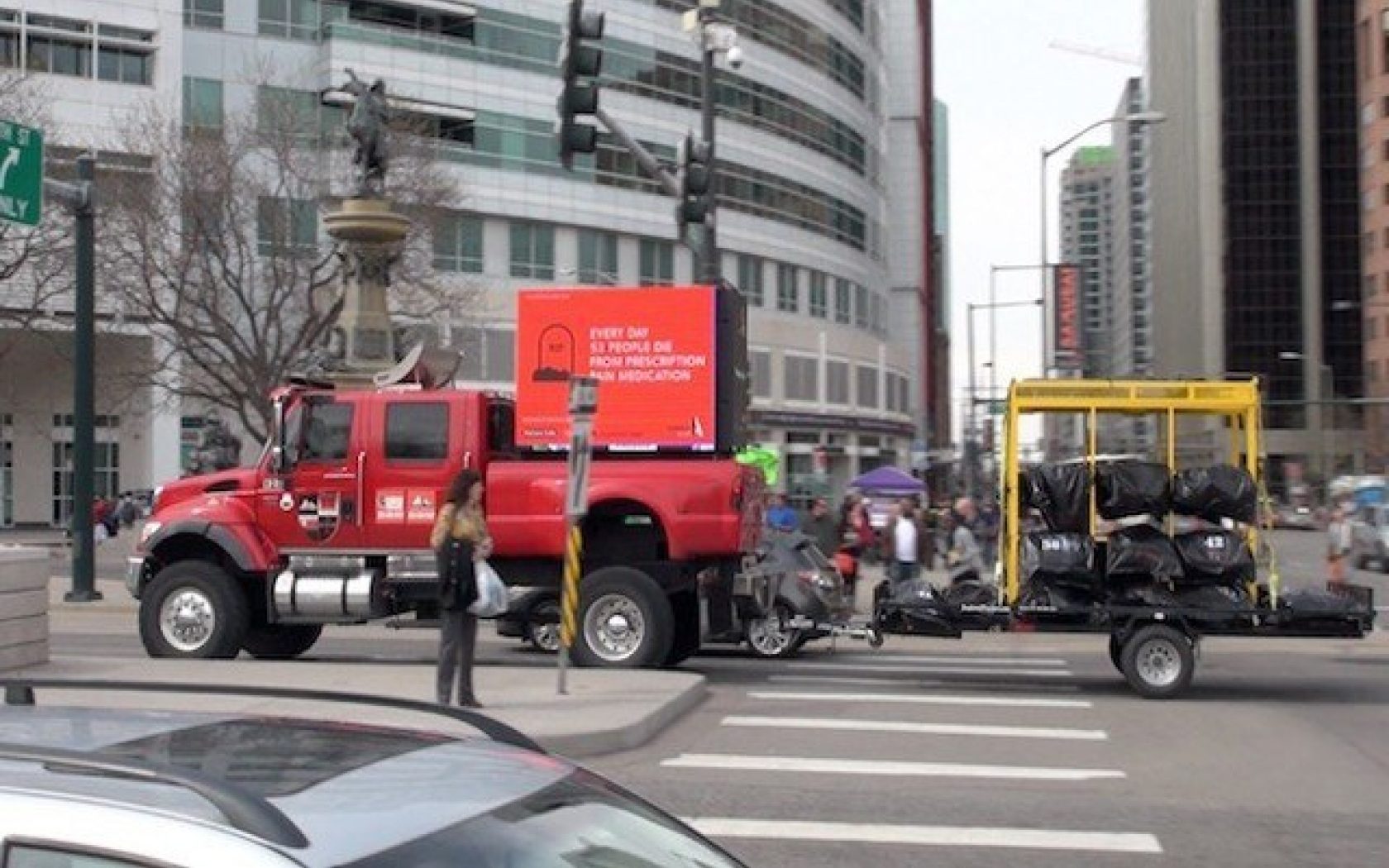 This story originally appeared on marijuanatimes.org.

The Marijuana Times believes in transparency and accountability. That’s why, in conjunction with our parent company Med-X, we took the opportunity at World Cannabis Week in Denver to bring attention to the deadly opioid epidemic that’s killing both men and women of all ages. The movement is called “Illegally Alive” and it serves by showing, through facts and personal stories, how having the option of legal, medical cannabis can prevent opioid-related deaths.

Harmful, legal drugs are indiscriminately killing an average of 53 Americans every day. To help visualize what that looks like, just take a look at the truckload of body bags in the image above. It’s a visual representation of what the opioid epidemic is doing to hundreds of thousands of Americans, and it was driven around downtown Denver on April 20, 2016 as a wake-up call to health professionals, legislators and patients that, while highly addictive opioids continue to be prescribed to medical patients nationwide, cannabis remains federally illegal.

It’s less addictive and can wean addicts off opiates.

Prescription drug abuse and the misuse of opioid analgesics are skyrocketing in the U.S. Over the past two decades, nearly half a million deaths were due to drug overdoses – begging the question: What’s an alternative to painkillers and can opiate addicts make the switch?

The Center for Disease Control (CDC) reports that deaths from prescription opioids—drugs like oxycodone, hydrocodone, and methadone—have quadrupled since 1999. Unlike opioid analgesics, marijuana use does not cause overdoses and related death due to relatively lesser availability of cannabinoid receptors in humans. The Journal of Internal Medicine published back in 2014 found that cannabis is, in fact, less addictive than opioid analgesics. Studies like the one done in 2015 by the University of Michigan also found that patients using cannabis reported a 64 percent reduction in their use of traditional pain medication.

Because cannabis is non-lethal, it’s often considered an alternative to prescription painkillers where legally available. Currently, only 24 states and the District of Columbia have medical marijuana programs, which leaves more than half of the states of America without. #IllegallyAlive represents those who are forced to go to the black market for their cannabis, if they get the medicine at all.

On the horizon, more states, like Pennsylvania, are poised to join the league of medical marijuana states. Such states are seeing a 24.8% lower mean annual opioid overdose mortality rate compared with states that do not have medical cannabis laws.

PTSD Study gets the green light on 4/20.

In a fortunate twist of fate, The Drug Enforcement Agency (DEA) has approved a study on whether smoking or vaporizing marijuana can help reduce PTSD symptoms in a randomized group of veterans. As you may remember, it’s the same study spearheaded and approved in 2014 under the leadership of Dr. Sue Sisley until she was terminated by the University of Arizona. The study is back on and Dr. Sisley will be a part of it. It’s a light at the end of a very, very dark tunnel for veterans who have no choice but to use prescription opioid medications.

Although the issue remains, such a study requires federally legal cannabis and the only place with that clearance is the marijuana farm at the University of Mississippi. The Ole Miss monopoly on marijuana is deeply rooted in red tape and bureaucracy. The farm is known for growing cannabis lightyears behind the potency and varieties of what the average user can buy in Colorado or any of the other medical marijuana states. 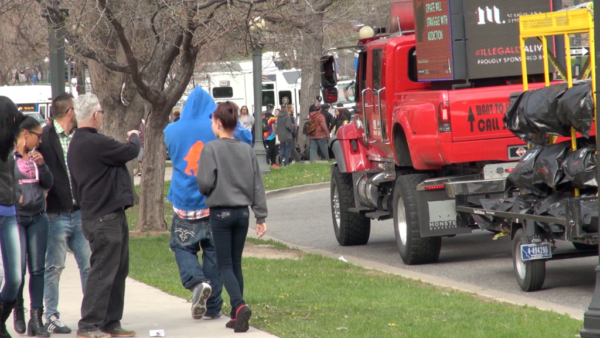 Figure 1: A man points at the mock body bags, representing the 53 people who die every day from opioid-related deaths. (Image Courtesy of Corbin Williams)

Most people do it but no one talks about it.

A recent Civilized/Environics poll finds that 73 percent of those polled are ‘in the closet’ when it comes to telling others about their cannabis use. So we asked America, have you chosen to medicate with cannabis to stay #IllegallyAlive? Here are some of their stories:

Navy veteran T.J. Thompson has to deal with his PTSD every day. He told The Marijuana Times how he finally got off his prescribed pills and found his voice to speak out against prescription pills. After all, the CDC estimates up to one million veterans are taking prescription opioids and it’s estimated that half of them are using these drugs chronically. After opening up about two suicide attempts, the veteran said, “I swore off pharmaceuticals (I was taking around 7 a day at that point) except when absolutely necessary…and in deciding to use cannabis to heal myself and breaking the stigma of being a “pothead” as well as mentally ill, I have found my voice.” The problem remains that the veteran is forced to turn to the black market for his medicine, a constant reminder of the work that still needs to be done. “I am still a criminal in my home state of Virginia,” said the veteran. Hopefully, he will be able to come out of the shadows and use his preferred medicine of cannabis over painkillers once the federally-approved study on PTSD is complete.

Invisible health problems like PTSD are a heavy burden, debilitating even. It’s an injury that is easily dismissed, much like those suffering with chronic pain.

Take 65-year-old Ron for example; he’s been enduring chronic neurogenic pain for years. “I tried some Mary’s Medicinals [A THC-infused product brand] patches and they worked better than morphine, methadone, anything,” Ron admitted. 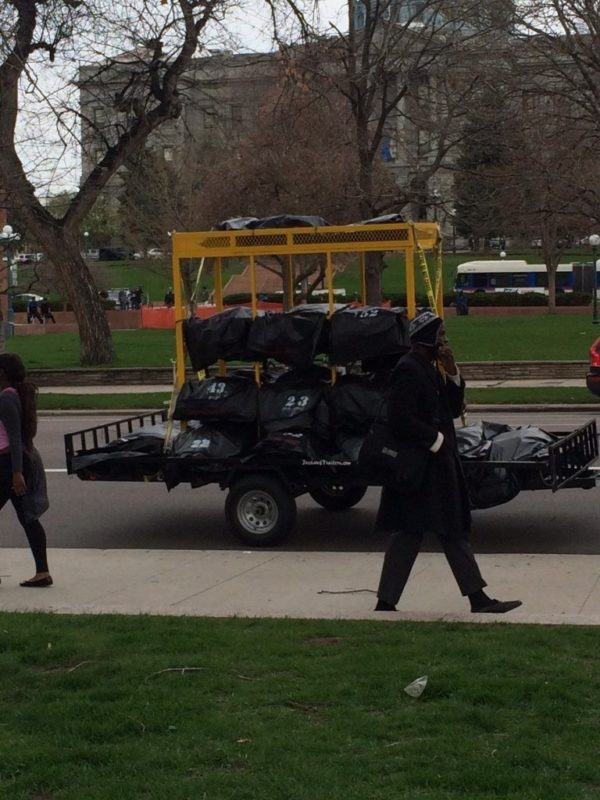 Men are more likely to die from overdose, but the mortality gap between men and women is closing. The CDC reports about 18 women are dying every day from painkiller overdoses, totaling more than 6,600 deaths in 2010 alone. One in ten women will use prescription painkillers to commit suicide. Drug overdose is the leading cause of accidental death in the U.S., with 47,055 lethal drug overdoses in 2014 alone. 18,893 of those deaths were related to prescription pain relievers. #IllegallyAlive gives a voice to these victims who have been permanently silenced and taken advantage of by healthcare providers who have written nearly 250,000,000 opioid prescriptions in 2013, according to CDC reports. That’s enough prescriptions for every American adult to have their own bottle of pills.

Listening to these personal stories of hope lost in the death spiral of opiates and then found again through the power of the federally-illegal plant is reason enough to call for more research. If that’s not enough, take the 2010 McGill University study published in the Canadian Medical Association Journal, which found three puffs of cannabis a day lowered a patient’s chronic pain. There’s got to be something more to this War on Cannabis when there are credible studies and people currently using cannabis instead of painkillers. An FDA-approved trial assessing the impact of vaporized cannabis on neuropathic pain reported that even low doses of THC (1.29 percent) resulted in 30 percent reductions in pain intensity when compared to placebo.

Studies are chipping away at the stigma.

Studies in other countries have already found that cannabis helps alleviate pain associated with cancer, AIDS, HIV, brain tumors, multiple sclerosis, nerve pain, fibromyalgia and rheumatoid arthritis. The much-anticipated results from the U.S. PTSD study in veterans is laying the groundwork for more scientific research on the medical benefits of cannabis over pills.

“This is a critical step in moving our botanical drug development program forward at the federal level to gather information on the dosing, risks, and benefits of smoked marijuana for PTSD symptoms,” said Amy Emerson, director of clinical research for the MAPS Public Benefit Corporation. 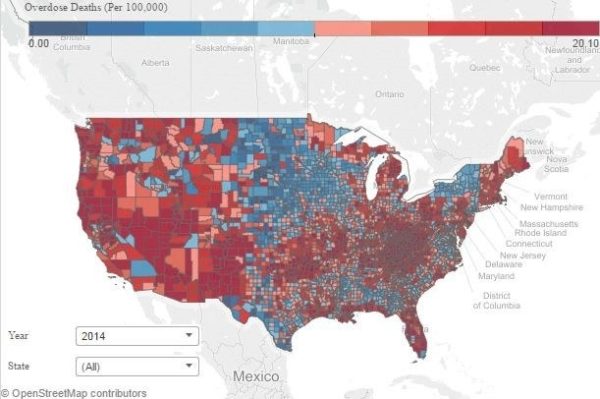 Contrary to the popular belief, marijuana is not a gateway drug to substance abuse and alcoholism. The side effects of cannabis are usually mild to moderate and temporary. Prescription painkillers are a true gateway drug: according to 2016 data from the American Society of Addiction Medicine, four in five new heroin users started out misusing prescription painkillers. Medical cannabis use has significantly prevented and lowered opioids abuse and overdose mortality rates in the U.S.

The movement to swap pills for pot has made its way up to Congress.

With bipartisan support from Senatorial sponsors, Kirsten Gillibrand (D-NY), Cory Booker (D-NJ), and Rand Paul (R-KY) have introduced the CARERS Act, an important piece of legislation that, if enacted, would allow access for veterans and allow for robust research by rescheduling the plant to a Schedule II controlled substance. Senators Elizabeth Warren (D-MA), Lindsey Graham (R-SC), and 2016 Presidential candidate Bernie Sanders have also thrown their support behind rescheduling cannabis.

When you or someone you love has health issues, is medical marijuana available as an option?

Visit illegallyalive.org for more facts on the opiate epidemic, read how other people have overcome their addictions, or submit your own story. 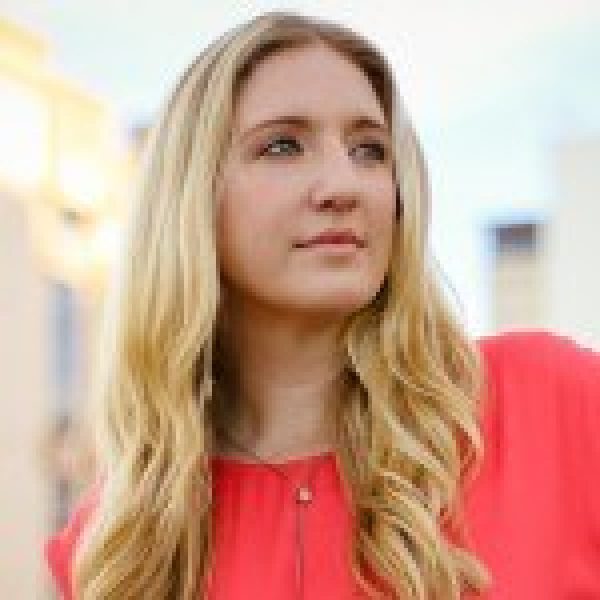 Chloe Sommers is a cannajournalist reporting from the intersection of cannabis and politics in the Washington, D.C area. After receiving a Bachelor's Degree in Political Science from the University of Delaware, Chloe earned her Master's from The Newhouse School at Syracuse University and joined CNN. She spent 6+ years with the network reporting from the White House, breaking international news, such as the Charlie Hebdo attacks in Paris, and working with digital analytics. Currently, Chloe looks forward to the endless opportunities of reporting on the emerging green space. Mass Roots: @ChloePalma

All posts by Chloe Summers