Will Move for Medical Cannabis: The Struggle of Cannabis Refugees 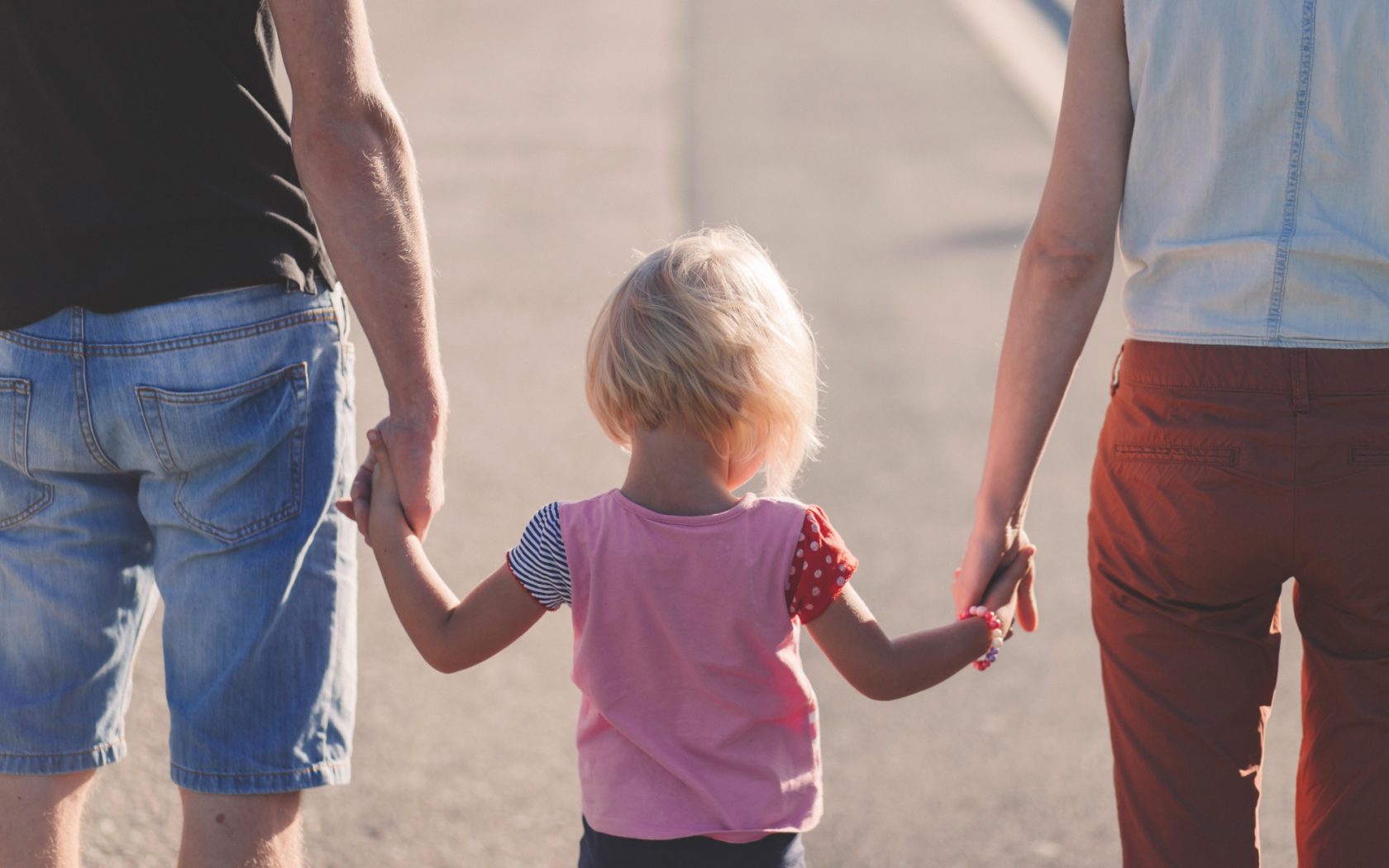 As of 2018, cannabis is medically legal in 29 U.S. states and D.C.—but what if you’re a patient who could benefit from medical cannabis living in a state where it isn’t legal yet? For many the answer is to either purchase cannabis illegally or move to a place where it is legal. These individuals who choose to move are known as medical cannabis refugees and their struggles to obtain medicine that could improve their quality of life highlight why safe access to medical cannabis should be a priority everywhere.

A serious medical diagnoses causes stress for any family regardless of the treatment plan, but imagine if the treatment plan that you felt was your best shot wasn’t an option because it was illegal where you lived? Talk about frustrating. While more and more states have been pushing to legalize medical cannabis, many of these individuals don’t have time to wait for legislation to pass and are instead forced to uproot their lives (and oftentimes those of their family) to gain access to medical cannabis. It’s hard to put a definitive number to how many medical cannabis refugees currently exist in each state, but over the years there have been an influx of stories of patients finally feeling comfortable to speak about their experiences so it’s safe to say that there are more than you’d probably think. A noticeable theme among these refugees is that many chose to move to Colorado to gain access to medical cannabis—this is predominately due to the fact that Colorado has had legal medical cannabis since 2000, legal recreational cannabis since January 2014 and (until recent years) was significantly more affordable to live in than California. It’s never easy to choose to uproot your life, but when your loved one is sick you’ll do anything to help them.

The Lyles family of Ohio is one of these families—they spoke to CNN in 2014 about their decision for Paula to move with their youngest daughter Jordan to Colorado in 2013 so that she could use Charlotte’s Web (a cannabis strain known for its high CBD and low THC content) for her Dravet Syndrome. Paula’s husband and oldest daughter stayed behind at their home in Ohio. Moving to a new place is difficult, but it’s even more difficult when you have a sick child—add on to that not having your partner there with you? It’s a challenge that many of us hope to never have to face. Unfortunately Paula Lyles did have to face this unthinkable challenge, because at the time cannabis wasn’t legal in Ohio and the three anti-seizure medications that Jordan was taking changed her personality, caused her to stop speaking for two weeks and made her stop eating. The Lyles had to make a difficult decision as a family to help Jordan, but arguably it’s a decision that they shouldn’t have had to make in the first place. Paula and Jordan had to leave their entire support system behind in order for her to even try medical cannabis—they spoke to doctors about the choice before leaving, but they had no definitive way of even knowing if the treatment would work for Jordan. There were no published studies that they could look to for answers, because clinical trials cannot be conducted on cannabis while it is classified as a Schedule I Drug. All they had to go off of was the stories of other children like Charlotte Figi who had success using the plant to reduce seizures. With any pharmaceutical medication, patients have the ability to try different options without having to move or be taken away from their support system (for the most part). It’s a huge risk to make a change as big as moving for something that you’re not even 100% sure will work, but it’s a risk that patients who want to try medical cannabis throughout this country are being forced to take. Thankfully in the case of the Lyles, it was a risk that paid off—Paula reported to CNN in 2014 that Jordan’s pharmaceutical use had been reduced by 50% and she could personally say that the move to Colorado was the right choice for saving Jordan’s life.

Leafly spoke to Barry Lauder in 2017 about his decision to move from Maryland to Colorado for access to medical cannabis in 2013. 2009 was a difficult year for Barry—he was diagnosed with nystagmus (a condition where the eye shakes uncontrollably), multiple sclerosis and optic neurosis (a condition that caused him to lose the ability to see color out of his right eye). Back in 2009, medical cannabis wasn’t a legal option for Barry in Maryland so he ended up purchasing cannabis illegally. While he felt relief, the fact that the product he was obtaining was inconsistent and un-tested made it extremely difficult for him to effectively use cannabis as medicine. Barry’s struggle is not uncommon—many people read about the benefits of medical cannabis, but don’t have legal access to it which forces them to purchase unregulated cannabis illegally. Aside from constantly having to put themselves at legal risk by buying cannabis illegally, these patients are also putting themselves at risk by using products that may contain pesticides or may not even be the right strain for their needs. For example, an individual who is seeking high CBD medicine is going to struggle to find that in the illicit market because there are no test results to prove the potency or cannabinoid content of anything you’re buying. Sure, you might have a friend who you trust that grows it in their backyard, but it’s still not the same as being able to go to a dispensary that has lab tested products and can actually recommend a specific strain for your ailments. After years of declining health and tiring of getting cannabis illegally despite it being the only thing that definitively helped him, Barry elected to move to Colorado in 2013. He told Leafly, “A lot of the reason why I moved was for the cannabis, and not just the cannabis but the mindset and the lifestyle that came with it,” Lauder says. “I didn’t feel like I was hiding something dirty or looking over my shoulder. It’s hard to describe how nice that was, just a huge relief.” There’s something to be said about not having to hide your cannabis use, especially when the reason you’re using it is because it legitimately helps you feel better. When you’re sick and you have to lie about what’s making you feel better to certain people because of the stigma, it gets exhausting. Just like Barry experienced, many patients feel a great deal of relief from living somewhere that they no longer have to hide their cannabis use from others. Even though many medical cannabis refugees have to leave behind their support system, in many ways they gain a new support system through living in a more pro-cannabis community and being able to meet other patients at dispensaries. In early 2017, Barry made the decision to move back to Maryland—housing prices drastically increased in Colorado, making it difficult to make ends meet on monthly disability checks. The good news is that since Barry left, Maryland has legalized medical cannabis. The bad news is that it’s still not anywhere near as accessible as it is in Colorado. It took the state over 4 years to issue the first license to grow and dispensaries have had a hard time finding locations to open up. As of late 2017 when Leafly spoke to Barry, his plan was to register for an MMJ card in Maryland and hoped that he wouldn’t have to go much longer without consistent access to his medicine.

For those of us that live in states where cannabis is already medically legal, it’s easy to forget just how good we have it. Yes, there are inconveniences like high taxes, milligram limits and packaging restrictions, but the fact that we have access to legal dispensaries that can provide us with safe, regulated cannabis is truly something to be thankful for. There are many people in our country who don’t have this same access and must instead make the difficult choice to change their entire life just to access cannabis legally. On top of being sick themselves or taking care of a sick loved one, these individuals must find housing, jobs and build an entirely new support system for themselves in their new home. It’s an impossible choice, but it’s one that numerous families are making nonetheless. Our hope is that one day in the near future, patients throughout the United States will have access to legal, regulated medical cannabis no matter where they live. If you live in California and need help finding a legal, licensed dispensary in your area use the Hopegrown search bar at the top of any page!

(1) Across State Lines: One Medical Cannabis Refugee’s Journey to Colorado and Back

(2) Medical marijuana refugees: 'This was our only hope'