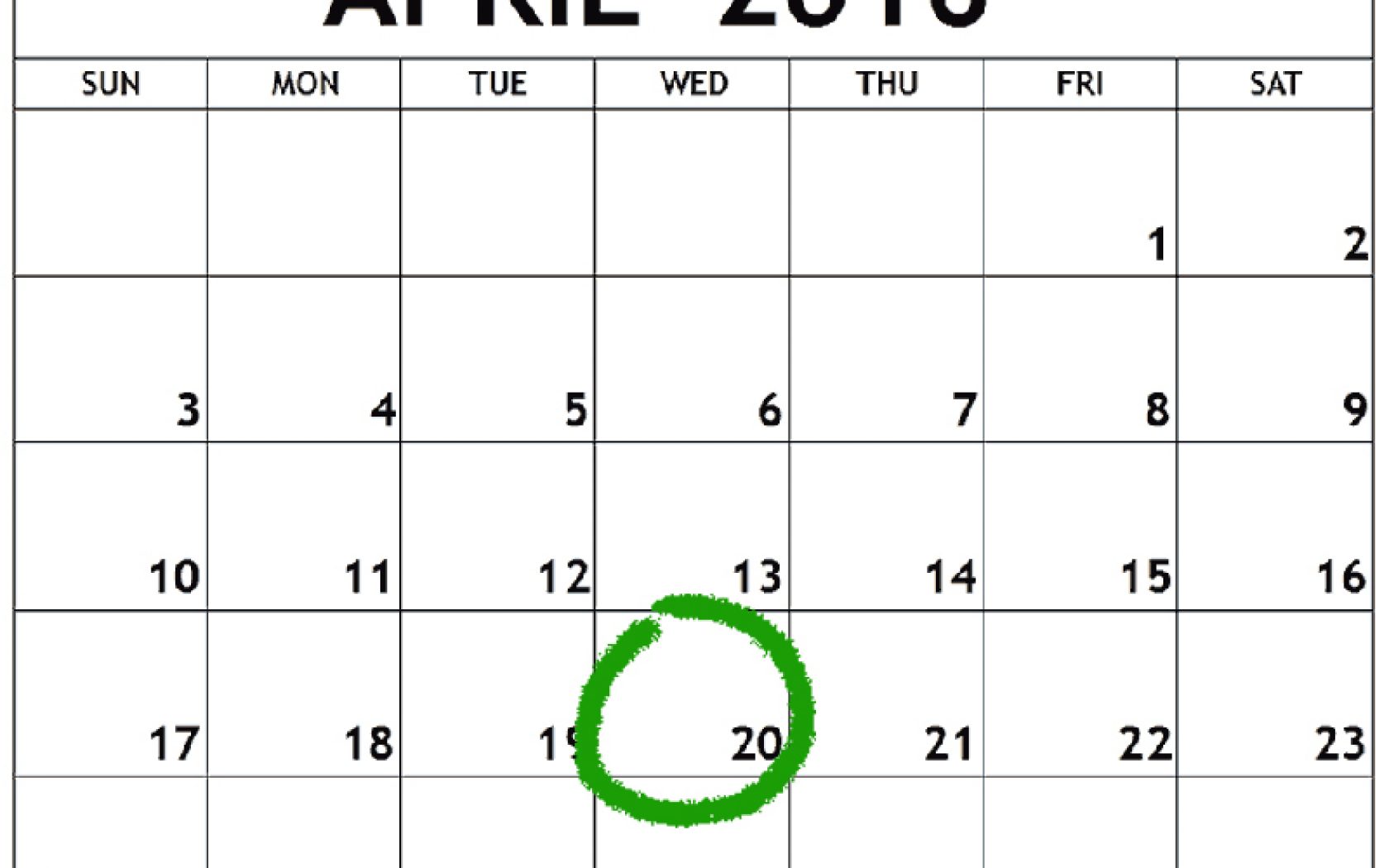 You’re bound to see a few “Happy Holidays” in your social media feeds today, not to mention cannabis related events and specials at your local dispensaries… but, do you know why April 20th has become such a special day for marijuana enthusiasts?

There have been many myths and rumors about the origin of 420 (4/20 or 4:20) being associated with marijuana. For example:

Myth #1: 420 is the police code for someone smoking marijuana (nope!)

Myth #3: 4/20 is Adolf Hitler’s birthday (that’s factual but has absolutely nothing to do with today’s celebrations by marijuana enthusiasts)

The actual origin story almost sounds like a myth itself, since it involves a secret code, a treasure map and an iconic rock band. It goes like this…

Back in 1971, a map to a secret crop of marijuana plants landed in the hands of a group of Marin County high school students known as the Waldos (so called because they would hang out at the wall outside of school.) The group started meeting near the school’s statue of Louis Pasteur at the end of the school day, around 4:20, to go searching for the legendary crop (and, one assumes, to partake in some recreational herbage.) So their teachers and parents wouldn’t catch on to what they were doing, they used the code “420-Louis” which ended up being shortened to “420.”

Now the story might have ended there, with Waldos being the only people to ever associate the number 420 with cannabis, if not for the fact that one of the Waldos’ older brothers was friends with Phil Lesh, bassist for the Grateful Dead. Lesh and his bandmates loved the coded term so much that they began using it and it eventually caught on with their fans (aka Deadheads.) In December of 1990, Deadheads in Oakland, CA, created flyers inviting people to smoke marijuana (or, “420”) on April 20th, 1991 at 4:20pm… one of these flyers ended up in the hands of a reporter for High Times magazine who ended up publishing the flyer in 1991 and continued to reference the number. 420 Day was born.

So, now the questions is: as responsible medical marijuana users, should we be joining in a celebration that was popularized by recreational users?

Would we just be perpetuating the negative “stoner” stereotypes? Perhaps, but it all depends on how you choose to celebrate the day. And if you can get a discount on your medicine today, or gather legally with like-minded MMJ enthusiasts to celebrate the healing powers of this herb, where's the harm in that?

Here are some thoughts on the topic from cannabis industry insiders:

"As the industry continues to develop, I foresee many changes along the way. For one, cannabis activism rallies will become sponsored events put on by cannabis companies. This is a good thing. By legitimizing the industry and legitimizing the consumer, we are creating a fully regulated market that keeps cannabis away from children and off our streets. 4/20 isn't going anywhere, it's in the process of shifting into a more organized day. Cannabis competitions, award shows, and events will take place during April. It defines cannabis and gives our community time to celebrate." -- Kyle Sherman, CEO of Flowhub

And David Paleschuck, Vice President of Licensing and Brand Marketing at Dope Magazine believes: "People are getting involved in the cannabis industry for reasons that go far beyond the stoner culture. It's not so much that 4/20 is a holiday to be ignored, but it shouldn't be the only occasion in which people are celebrating the numerous benefits that come from legalizing marijuana, many of which don't involve recreational consumption."

We at Hopegrown agree and envision a new holiday that celebrates the health benefits of cannabis and recognizes the heroes of the medical marijuana movement -- a reminder that the MMJ movement didn't happen overnight but rather due to the efforts of many activists over the last 25 years. In the meantime, 4/20 can be that day. Take a moment today to recognize that, not that long ago, you couldn’t openly celebrate 4/20 without fear of arrest, and give thanks for the health benefits this herb has brought into your life. Happy 4/20!