The war is fast-tracking cannabis legalization in Ukraine

The government of Ukraine is pushing to legalize medical cannabis, partly due to the ongoing war in the country.

Minister of Healthcare Viktor Liashko recently confirmed that Ukraine's cabinet had approved a bill to regulate the growing of cannabis plants for medical, scientific, and industrial needs. He also noted the importance of expanding access to patients for treatment of PTSD resulting from Russia's invasion.

The bill will now proceed to Ukraine's parliament and must be approved by a majority to be put into law. An earlier version of this bill did not pass last year, but Liashko believes there will be more support for it this time, given the dire circumstances.

Expanding the cannabis industry and access to pain relief

Liashko emphasized that cannabis products will not directly compete with pharmaceutical drugs and will be regulated differently. He also alluded to online campaigns against cannabis that have sought to discredit the health benefits of cannabis.

Many countries have some form of legalized medical marijuana, and a growing number of Ukrainian lawmakers and activists have long been advocating for the government to legalize it.

Cannabis and Ukraine: Past, present, and the future

A national survey conducted in 2020 found overwhelming support for medical cannabis. Almost 65% of those surveyed agreed with legalizing medical cannabis to relieve pain for people with terminal illnesses versus 29% who were opposed. A member of Ukraine's parliament whose party initiated the bill contends, "We strongly believe it is about mercy, not drugs."

Ukraine has a long and complicated history with cannabis. Soviet Ukraine was one of the world's largest hemp manufacturers, having cultivated hemp for centuries to produce cloth, oil, and food.

But the country began stigmatizing cannabis and the people using it over time, as did most countries worldwide. According to a source connected to legalization efforts, Ukraine's journey to legalizing cannabis is only just in its infancy – and very much accelerated by the ongoing war. 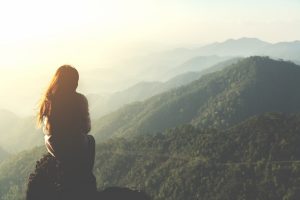