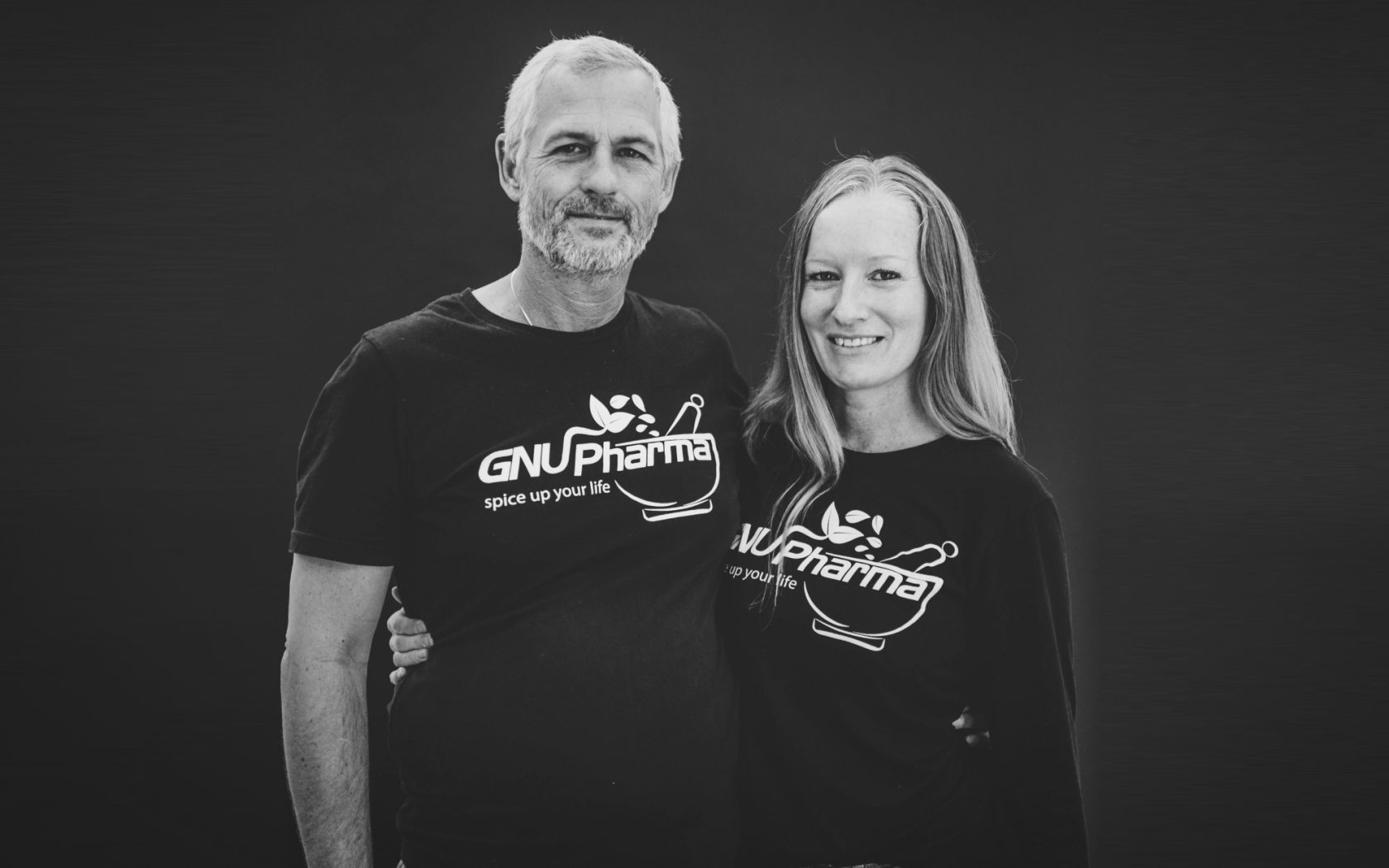 We sat down again to catch up with Oklahomans for Health founders, Chip & Cynthia Paul, and see where this incredible journey has taken them...

HG: Catch us up, where are you guys at?

CHIP: Back in late July, early August, we had a meeting between probably ten of us activists with probably six health department staff and we red lined the regulations and kind of left that meeting all pretty much in agreement that we had a good document. It was about 58 pages but it had testing in it. The following Wednesday was their board meeting and when they released the final draft of the document, it was like 20 pages. So they had completely eviscerated all the testing requirements out of the document as well as some other things. That is actually what we're living with right now. Those are the rules. But in the rules there are no testing requirements and there are also some other pretty big holes in my mind. So we've been meeting with them every Wednesday since that happened. We've had a six to eight sessions now. They've had us talk to them, they've had law enforcement talk to them and they've had the medical professional community talk to 'em. So they've had all kinds of different people talk to these lawmakers.

HG: Why would a governmental agency want to eliminate testing?

CHIP: The fact that they did not include testing in their regulations is just horribly irresponsible, right? So it looks like somebody kind of wants us to fail and, again, it has to be their board level leadership. Because with their staff, we produced a co-document that was really, really good. So somebody over there is influencing their board and thinks that by not having testing standards there's a high probability that someone could get sick. And then, by having a kind of unlimited unsecured outdoor grow — which is another hole — now there's a high probability that marijuana will get diverted and both of those two things would give the program just an incredible black eye.

HG: How do you prevent that?

CHIP: Well we as a community would not let that happen — we would work like heck not to let that happen. And nobody's going to buy or sell marijuana without testing anyway. But, you know, the responsible thing for the state to do is obviously put that in the regulation where it's required. If everything goes to plan, the health department will implement testing regulations and we'll have a program to run under at least until they do other things next spring.

HG: Before we get too deep into the politics of it all, can you remind our readers how you both got started publicly and politically advocating for cannabis?

CHIP: Well, it was really in 2014. At that time Cynthia and I were doing — Cynthia is a big part of this, too — Palm Beach Vapors. Palm Beach Vapors was sort of developing into a good dispensary footprint. It looked like it would be a kind of CBD store, if you will. We were interested in sort of seeing how that fit in our franchise system . Then, about that time, there was a poll that came out in 2013 in Oklahoma that said that at least 60 percent of Oklahomas were standing in support of a medical marijuana program. So I'm like, “Huh. That's interesting.” Then, in early 2014, Connie Johnson had kind of a rally at the capitol to support marijuana and it was well attended. Around March of 2014, Cynthia and I held a meeting with three other people. We talked about could we do this, and how and what we need and we talked for about an hour. We founded Oklahomans for Health and I began looking for, first of all, an attorney that could write a state question.

CHIP: There aren't any in Oklahoma. (laughs) I mean, they're really hard to find, right? I ran all my traps that I could. I finally figured out I'm going to have to do this myself. And so I began to look at law from other states. I began to read a lot about failures and successes. At that time, in 2014, we pulled a lot of law from California—California's medical conditions. We started piecing together a petitionable state question and we introduced that in May of 2014.  Then we petitioned the state all through 2014. In Oklahoma, it's a 90-day petitioning window so we only had three months to petition and it took literally about a month to figure out that we were doing it wrong.

HG: What were you doing?

CHIP: We were actually going around knocking on doors. I think at the end of the month we had maybe 10,000 signatures. We needed 155,000. We were doing the constitutional route out at that time. So we changed strategies. And we actually had to change strategies a couple of times, but we ended up getting right about 100,000 signatures which wasn't enough. But it was certainly enough to get everyone in the state's attention. It got everybody fired up. Got everybody motivated. It  directly led to Representative Jon Echols introducing something called Katie’s Law, which became our first CBD law. That happened in May, 2014. Then we wrapped up a petitioning in August of 2014. We didn't make it, but we did change the voice. We fully expected to petition again in 2015 but we didn't have enough money —  we raised maybe $10,000 —  so we decided not to petition again. When we decided not to petition again, that's what spawned Green the Vote. So a bunch of people launched the petition that ran sort of late 2015 and wrapped up in December of 2015. And I don't really know how many signatures they got. I know it wasn't very successful. But it definitely kind of kept interest going. We petitioned again in march of 2016 with a revised petition.

HG: So, Cynthia, can you share with us why you got involved in this important movement?

CYNTHIA: So most people don't know this about me, but I kind of struggled with some addictions to drugs and things like that. And cannabis was really the only thing that gave me the motivation or the will to stop using things like Xanax and methamphetamines. So I went after the hard stuff pretty early from about 14 to 24. I was pretty much addicted to methamphetamine and Xanax. And that was 10 years of my life. That was pretty much it for me at an early age because, you know, when you get on things and your mind isn't even developed yet and you're a child...you get addicted really easy. So I used cannabis to get myself off of the Xanax and the methamphetamine. But that just kind of started my whole path of natural wellness because, at that point, I was beginning to heal myself and get my life back. And I was looking at this plant in kind of a different way. And when Chip and I actually got together several years later, I didn't really think I'd ever be in the cannabis industry. Honestly, I didn't think that that would ever happen for Oklahoma. So when we sat down in 2014 and decided to go after medical marijuana in Oklahoma, I was excited. I didn't think we'd actually be able to do it. But it took a lot of hard work to get us here. And throughout this whole journey I've learned way more than I ever thought possible about cannabis and especially the endocannabinoid system.  We decided in 2014 that this plant has to have a life here in Oklahoma and somebody had to break the ice. So we decided go ahead and do that. Seeing its ability to heal, its ability to unify people — it’s just an amazing plant. So that also kind of led us into where we developed Gnu Pharma and all of our knowledge of the endocannabinoid system. That's really what got me into it -- it healed me and I really wanted to make it available to heal others.

HG: Speaking of healing, how do you -- as educators -- help motivate "first timers" to try cannabis as a medicine?

CYNTHIA: That’s a good question. So I actually -- and Chip will vouch for this -- but I have always had a problem with the phrase "living high". I always thought that it’s always been demonized -- the act of being high. But you can get somebody over that hump of how it's going to make them high by letting them know what's really going on in the background. I always try to associate it with the endocannabinoid system. Chip has taught me a lot about endocannabinoid health deficiencies. And feeding it the cannabis is one way to attenuate it.  But I like teaching people about the system first and helping them to validate it as a medical system and that cannabis is a really good medicine for it. That usually helps them to go ahead and dive in and try and it that first time because they've got a little more education. They're probably going to get high that first time, but once they build that tolerance it's going to get easier for them. I just kind of give advice on how to start — how to do it in kind of a crawl, walk, run. Instead of them just getting stoned and not ever wanting to try it again.

HG: And one of the ways you've done that is to start a women's organization?

CYNTHIA: Yes, we have pioneered the first Oklahoma Women’s Cannabis Association and it's basically a subcommittee within the Oklahoma Cannabis Trade Association. What us ladies do, we’re all about empowering female entrepreneurs — getting them into the cannabis space. Whether it be working for somebody or developing their own company, what OWCA does is all the philanthropy work for the trade association. So we're out there — we‘re doing all the fundraisers, were doing the events, we're doing the charity reach out. We support education and veterans with everything we do, but we're really about building this industry with a strong female presence nationally. Females are really starting to lead the cannabis industry. I really see a lot of females starting to rise up and that's pretty cool and it would be really awesome to kind of see that really developed here in Oklahoma.

HG: It sounds like things are really moving forward, aren't they?

CHIP: Well at a micro level, something is happening almost every day that has to be dealt with and massaged or negotiated. On a macro level — well hell, I applied for my patient license today. I think Cindy and I were patient number 6,000 something. There's definitely growers who have been issued commercial licenses now and their dispensers have been issued commercial licenses. So the program's running. I mean it's rolling out. there are seeds in the ground, there will be clones sold next week to homegrow patients. So, big picture, it's happening. We just have to make sure that it happens responsibly and with the right regulations under it. But it's happening and we're the quickest ever to rollout a medical marijuana program and we've done it in two months. 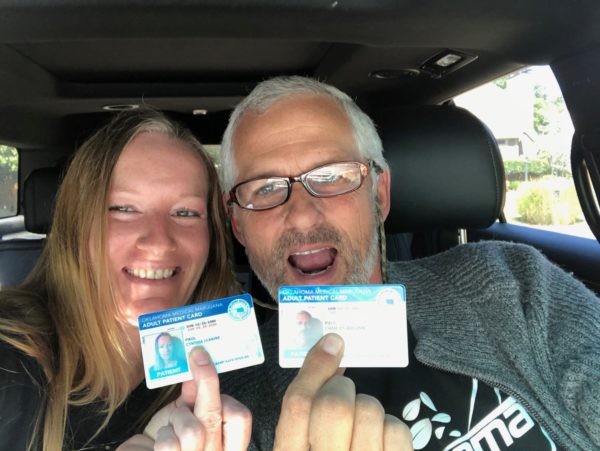