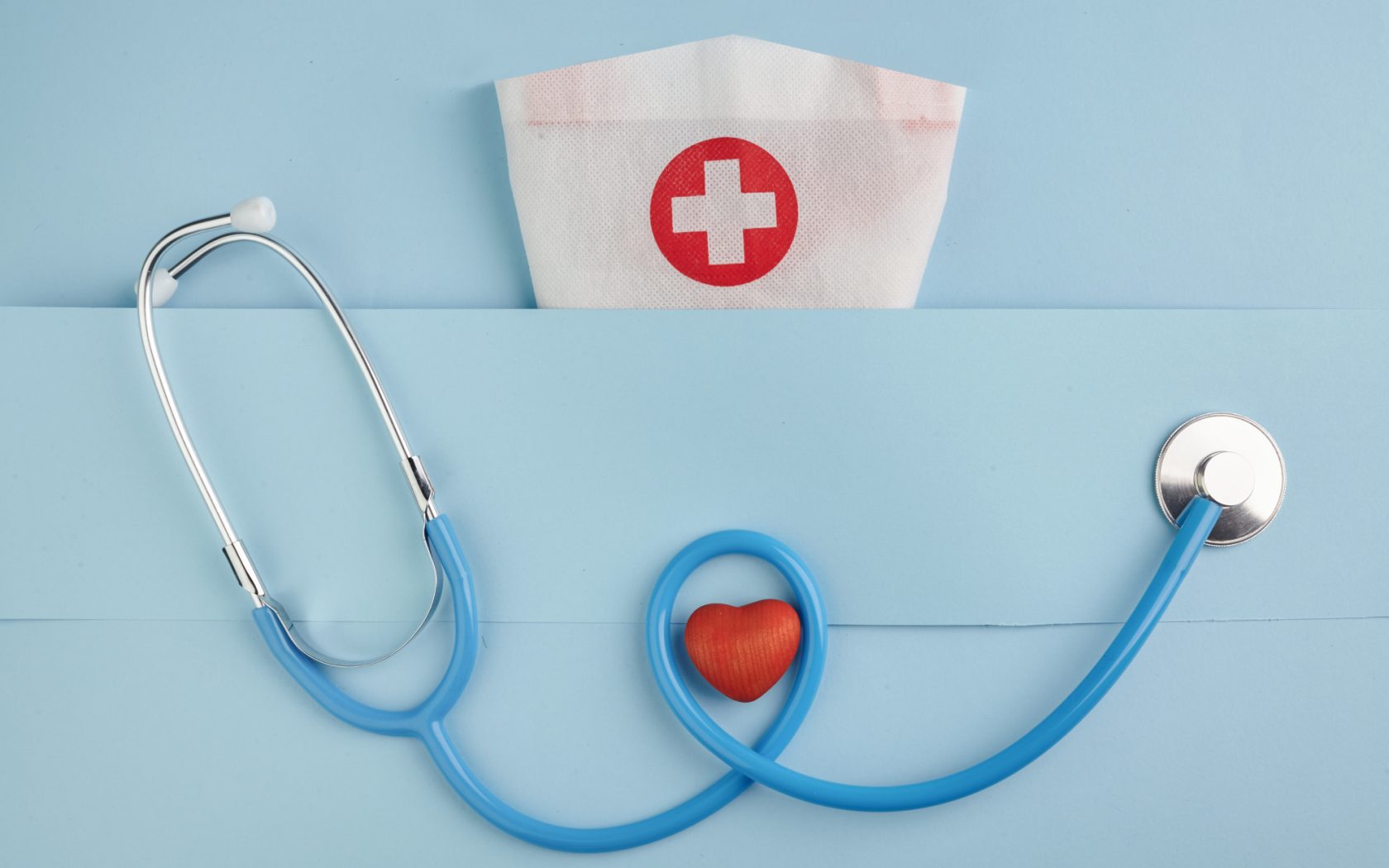 CBD (cannabidiol) is in the infant stages of development and understanding, so it’s interesting to delve into specific research regarding CBD’s effectiveness against disorders that are anecdotally helped.

There isn’t extensive research on Restless Legs Syndrome (RLS) either. It is more often treated as an unfortunate side effect of other conditions or medications, and underlying problems are addressed instead of the issue directly. For people that suffer from just RLS, this poses a problem as alternative drugs are used for symptom relief, which causes even more symptoms than what was happening with the initial disease.

However, anecdotal evidence supports the need for a comprehensive look into CBD’s ability to relieve symptoms of RLS. Many patients with RLS report an alleviation of symptoms that is not achievable on prescription medications, so it’s a topic worth a closer look at.

Before diving into RLS concerning CBD, let’s define CBD. Cannabidiol (CBD) is a phytocannabinoid found in the cannabis plant. Phytocannabinoids affect the same receptors in the body as other cannabinoids produced by the human body.

While CBD exists in all cannabis plants, the USA allows CBD extraction on a federal level from hemp plants instead of marijuana. This guarantees that the extract is high in CBD and only contains trace amounts of THC. THC is the cannabinoid that gets you high, and in states where marijuana is legal, it’s possible to purchase products that contain both CBD and THC. Some have intoxicating levels of THC in them, while others do not. 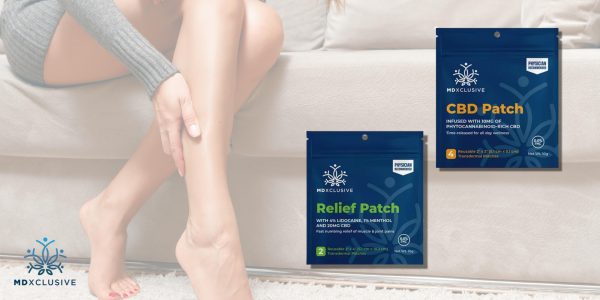 What is Restless Legs Syndrome (RLS)?

Restless Legs Syndrome is also called Willis-Ekbom Disease, and while no research has determined a definitive cause for RLS, there are some theories around the subject.

Dopamine helps regulate movement, and having low dopamine levels can cause involuntary movement. When you lay down to sleep at night, dopamine levels naturally lower, which can worsen or bring on symptoms in a way that wasn’t present during the day.

Dopamine not only affects some motor movements but also plays a significant role in the development of anxiety or depression. Dopamine is a hormone in the brain most associated with its effects on pleasure and excitement, but it plays an even more prominent role in brain chemistry.

RLS can be frustrating to the person dealing with symptoms and their healthcare team because there is often no evidence via tests that anything is wrong. This lack of understanding also opens the door to considering other therapies, such as CBD for RLS.

What are the Symptoms of Restless Legs Syndrome?

Restless Legs usually strike at night; although they can happen anytime, you’re at rest. RLS is a disorder that causes a sensation to shoot down the leg that can only be relieved by moving the leg or kicking. Some people also experience pain when this happens or experience an unpleasant burning when trying to suppress the urge to kick. Muscles quiver and the desire to move is too overpowering to ignore.

This uncomfortable urge to move isn’t just isolated to the legs. It can happen in the chest, head, and arms as well. It’s usually felt on both sides of the body, but it can be felt on just one or alternate throughout an attack from one side to the other.

Anyone that has experienced Restless Legs Syndrome (RLS) knows how it can be detrimental to overall wellbeing. It keeps you up at night, which affects the day-to-day. Because it rears its ugly head at night, many experts think it might be a sleep disorder; it definitely can cause them.

How Prevalent is Restless Legs Syndrome?

While sufferers of RLS come from different backgrounds, over 5% of the population reports having some form of RLS. It affects both genders equally, and it can appear at any time during a lifespan. It is more common in the elderly population and those taking prescription medications.

RLS has a genetic component. About 50% of people with the disorder report that a family member also suffers from the same condition. People with varicose veins can also develop RLS, which is relieved by anti-inflammatories, a known benefit of CBD.

The Clinical Neurosciences Center in Bordeaux conducted a study that reported that 84% of those who participated thought that the most disturbing RLS symptoms were relieved by CBD.

The endocannabinoid system affects appetite, inflammation, digestion, pain, memory, and how we perceive bodily disturbances. How the system works isn’t completely understood, but this lack of understanding is quickly evolving.

There are two types of receptors in the endocannabinoid system throughout the body, and they work with enzymes to break down cannabinoids for usefulness. They create various physiological responses around the body to achieve homeostasis. Homeostasis refers to the body running at its maximum because everything is balanced.

When you’re not feeling well, CBD can give that endocannabinoid system an oomph by supplying phytocannabinoids to supplement your natural cannabinoids that are already hard at work. Cells create endocannabinoids, but sometimes situations arise where more could be needed to achieve homeostasis. 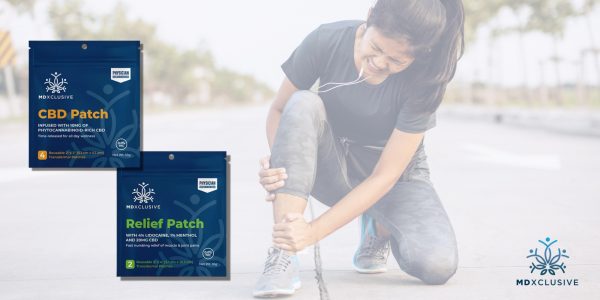 Loss of Sleep and CBD

Adults are supposed to sleep up to 9 hours per night, but most don’t. There are various reasons for this, such as work schedules, children, and school responsibilities. However, certain things like sleep disorders or Restless Legs Syndrome can also make you lose sleep.

With RLS, there’s no ignoring the pain shooting up your leg that makes you want to twitch. Some have reported that they try to resist the urge to twitch, which creates an overwhelming feeling that is even more powerful until you cave and kick. When it’s the side effect of a medication, it can last for 6 hours or more while the medicine is in your system. Again, no one knows how RLS truly works.

Having a healthy sleep schedule is necessary to maintain overall health. Those suffering from RLS are often sleep-deprived since the symptoms intensify at night when a person is at rest and trying to fall asleep. At the same time, it’s unclear why these symptoms ramp up at night—taking CBD approximately an hour before bedtime can relieve the symptoms that keep you up and allow you to sleep soundly. CBD is a cannabinoid that affects the sleeping cycle because it interacts with receptors that regulate the sleep/wake cycle.

Another study showed that CBD alone allowed for better sleep in over three-quarters of the participants. CBD used in pain studies also helped the participants sleep more. So, while there’s room for more research on sleep and CBD, the research has already pointed to its positive benefits.

Anxiety and Depression Helped by CBD

Anxiety and depression can occur due to RLS because of the toll it takes on sleeping. Consumers widely know CBD to help release tension, so its effects work well in combatting the depression and anxiety that can arise around the stress of dealing with RLS.

Some people will start avoiding situations where they must sit or relax for extended periods around others because of the possibility of RLS symptoms. This also contributes to the development of anxiety and depression due to self-isolation.

The same study that showed that CBD affects the sleep cycle also indicates that CBD reduced anxiety in over 65% of participants. While some medications also regulate sleep and stress, they have more consequences or side effects than CBD.

CBD In Place of Medication

CBD is proven to help the frequency and duration of spasms in diseases like multiple sclerosis, Parkinson’s, epilepsy, and Tourette’s. It is believed that CBD may be helping with similar RLS symptoms in the same way it alleviates people’s suffering from other disorders.

Medications that May Cause RLS

There are common medications used to treat Restless Legs Syndrome, though the science is limited about the efficacy of these prescriptions since substantial case studies have not been performed.

How Should I take CBD for RLS?

While smoking CBD does get the cannabinoid into your bloodstream, ingesting CBD is the way to go for sustained effects. That’s because the CBD must go through your digestive tract before it hits the bloodstream, meaning it’s in the body longer. There are also CBD Oils for administration under the tongue for quick absorption and CBD transdermal patches that allow for the absorption of the CBD into the bloodstream through the skin.

Make sure you start with a minimal dose and gradually increase the quantity until you achieve the desired effect.

If your RLS symptoms occur in a specific area, applying a CBD topical of some kind may help alleviate symptoms in the area. Lotions and creams can aid in providing a topical stimulation of your endocannabinoid system, helping to bring you physical relief if the quivering or rubbing is affecting you externally. Topical treatments will not solve the electricity running through your legs when dealing with RLS. Still, they will relieve some of the soreness and tension in your muscles from uncontrollably rustling around.

CBD is Effective in Managing Symptoms for Restless Legs Syndrome

CBD for restless legs is effective. It reduces the overwhelming urge to create movement with the legs, which improves sleep. Mental and physical health improves with a better sleep cycle, and CBD also helps manage pain and inflammation, which can occur in more severe cases of RLS.

All 50 states in the USA have legalized CBD, so it’s widely available to the average consumer. Its efficacy in helping to alleviate the symptoms of RLS is documented. CBD is a natural, plant-derived alternative to traditional medications in managing the symptoms of RLS, and if you’re suffering, it’s time to try it. 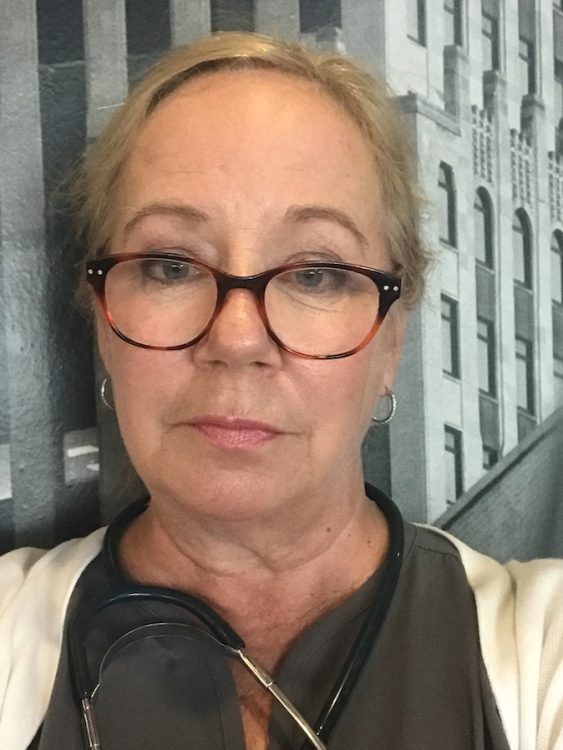 I have been a registered nurse since 1974. My nursing practice has focused on critical care, nursing management, the integration of electronic health record systems, length of stay issues, transition of care issues, and nurses in crisis. These experiences have created a background rich in hands on care, administration of patient care units and hospital staff, nursing informatics, and nurse advisory.

As a Professional Nurse optimizing medical information and communication to provide the highest quality of patient care is of utmost importance. This includes supporting professional healthcare practices by providing information that effectively allows for evidence-based decision-making and optimal patient outcome.