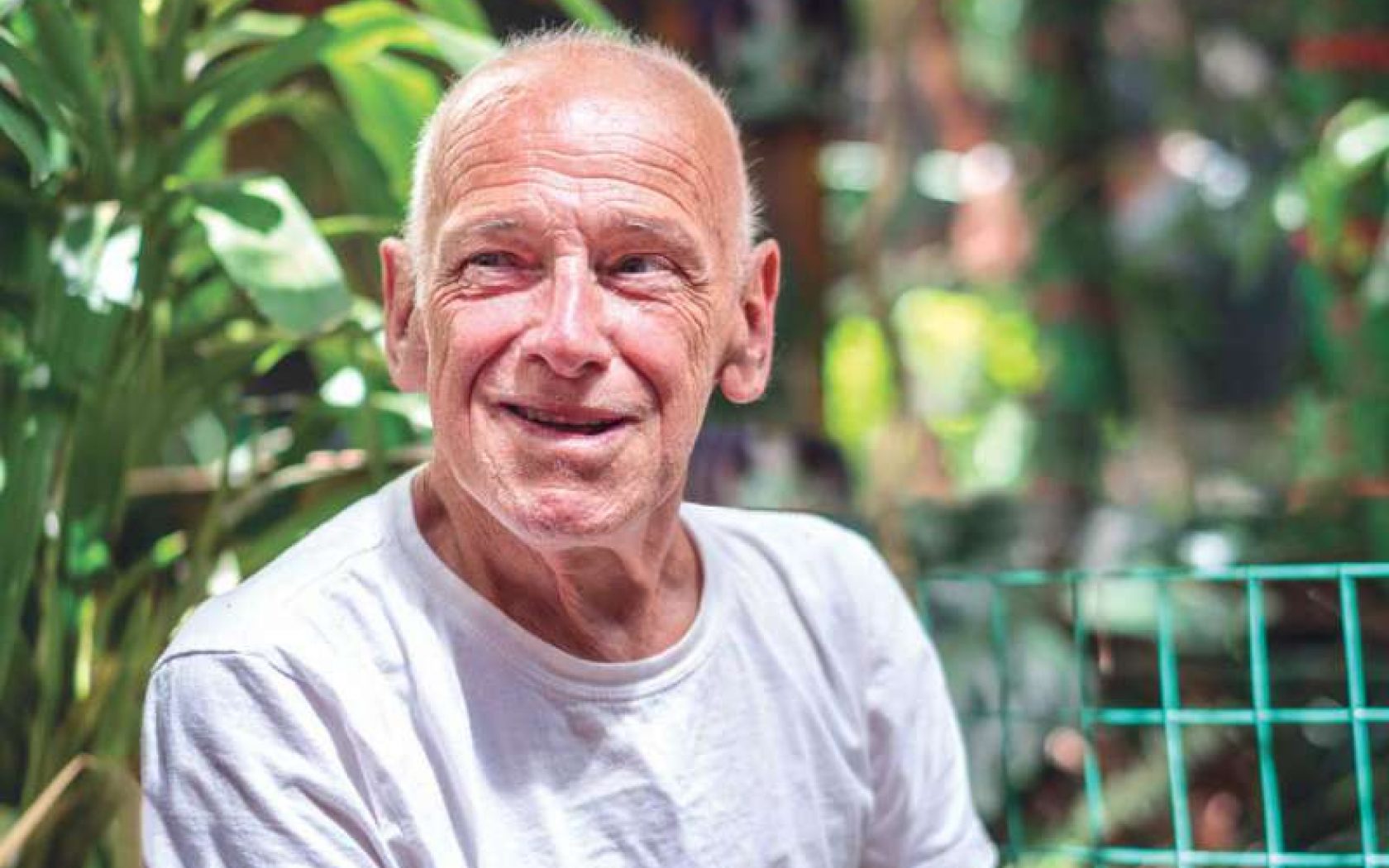 If you’ve ever used medical cannabis in the state of California (or honestly any state in the U.S.), you have Dennis Peron to thank! Born on April 8th, 1945 in The Bronx to a middle class family, Dennis was drafted in 1966 and served in the Air Force in Vietnam where he was first introduced to cannabis. After he was discharged, Dennis returned to the U.S. with approximately 2 pounds of cannabis hidden in his gear—thus began his close relationship with the plant.

After spending time in San Francisco during the Summer of Love in 1967 Dennis decided, “I’m going to do everything I can to come back to San Francisco and live my life here.” And that’s exactly where he ended up after returning from Vietnam. When he wasn’t accepted by several of the local communes, he decided to start his own called the Misfits. The group packed themselves into an old Victorian house in the Haight district. Dennis began selling cannabis in San Francisco well before it was legal in any capacity—he was busted quite a few times over the years, but somehow Dennis always beat the charges and bounced back. (This was likely due in large part to the help of civil rights attorney Tony Serra.) Dennis even opened a “marijuana supermarket” in the Castro District that was known throughout San Francisco’s cannabis culture as a place where you could buy a variety of strains and products. This “supermarket” was revolutionary in that it operated in direct violation of state and federal laws, but people flocked to it nonetheless. Dennis estimated that he had anywhere from 5,000 to 6,000 active customers and he knew them all. At a time where the only other options were to buy cannabis in an impersonal manner on the streets or grow your own in secret, Dennis was able to create a true sense of community for San Francisco cannabis users.

Unfortunately there did come a day when even Tony Serra couldn’t get the charges against Dennis fully dropped—in July of 1977 the Big Top Marijuana Supermarket was raided by a narcotics detail of the San Francisco police department and Dennis was arrested with approximately 200 pounds of cannabis in his possession. (Definitely more than could be explained away as “for personal use”.) Dennis served 6 months in jail after this arrest, but it didn’t deter him from selling cannabis once he got out.

Of course, Dennis had been aware of the benefits of cannabis for years, even citing its role in helping him stay sober from alcohol—but when his partner Jonathan West was dying of AIDS he was able to see firsthand just how effective cannabis was in relieving his nausea and pain. In January of 1990, the police raided the home that Dennis and Jonathan shared and arrested Dennis with possession and intent to sell. In comparison to his prior arrest, there was a total of 4oz of cannabis in the home at the time of the raid and it was Jonathan’s medicine. The case eventually went to trial where Jonathan testified that the cannabis was his and the charges against Dennis were dropped. Sadly, Jonathan West died just a few weeks later leaving Dennis heartbroken, yet determined.

Dennis knew that there needed to be a change, that legitimately sick patients deserved legal access to cannabis—so together with other local leaders like Mary Jane Rathburn (“Brownie Mary”) and Dr. Donald Abrams, Dennis worked diligently to write and pass a ballot initiative called Proposition P. Proposition P “asked the city of San Francisco to recommend that California add marijuana to its list of approved medicines to treat various illnesses — including AIDS, glaucoma, cancer and multiple sclerosis — and not penalize doctors who prescribed it.”

In November 1991, Proposition P passed with 80% approval of San Francisco voters and soon after the San Francisco Board of Supervisors adopted a resolution urging the police and the district attorney to make the arrest and prosecution of those growing or possessing cannabis for medical purposes the “lowest priority.” This was a huge win for medical cannabis patients in San Francisco, but there was still work to do.

On January 27th, 2018 Dennis Peron passed away at the age of 72 from lung cancer at the Veteran’s Administration Health Center in San Francisco. The legacy he leaves behind is not one that will soon be forgotten—without Dennis Peron medical cannabis in the United States wouldn’t be where it is today. Period. “No person is more responsible for the legalization of medical marijuana than Dennis,” Cal NORML director Dale Gieringer told the New York Times. “He was in the right place, at the right time as a gay rights leader at the time of the AIDS epidemic; he had the right experience as a pot dealer, the gumption to go ahead and do it and the trust of the people of San Francisco, who respected his efforts.” Not only did Dennis forge the path from Proposition P to Proposition 215, his work continues to inspire future generations of cannabis activists that will now take up the mantle in his absence. We’ve come a long way from prohibition, but we still have miles to go before we sleep—there is still so much work to be done. Cannabis fights for our minds and bodies when we are sick, so we need to return the favor. We have to continue to fight for cannabis, just like Dennis Peron did—with every fiber of our being.