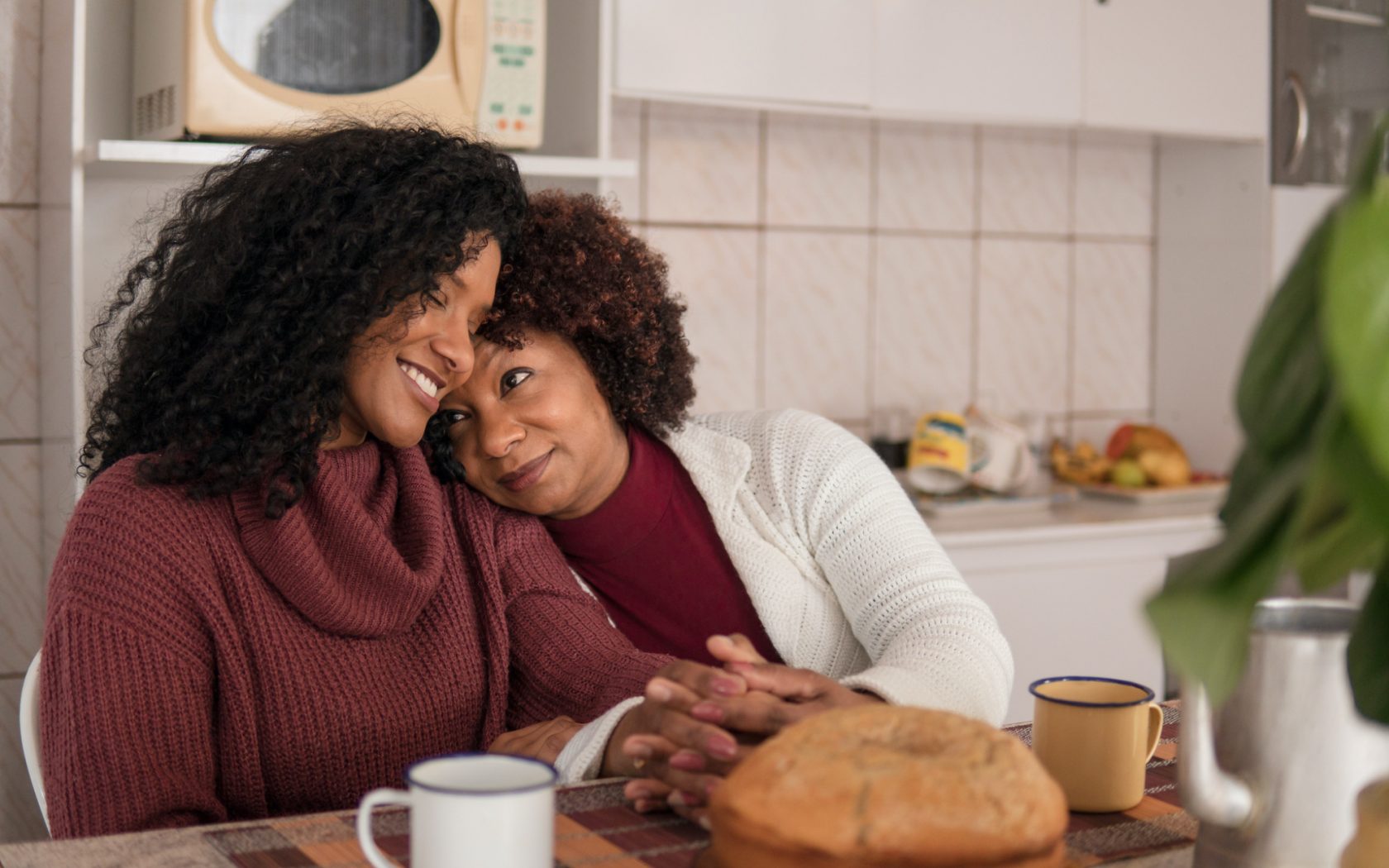 If we can all remember the rap song by DJ Jazzy Jeff & The Fresh Prince “Parents just don’t understand”, you will appreciate why this blog resonates with you as a parent.

Connecting with Kat Niambi was no accident, you can hear her spirit in her laughter and her soul on a mission as we discussed how important it was for her perspective to be heard from the local neighborhood bodega to the steps of the White House with this blog.

It had become apparent we shared the same “soulful journey” in “Changing the narrative” which has become my go-to hashtag these days, and Ms. Niambi does not skip a beat in owning the same calling, “Let us be the ancestors our descendants will thank”.

An open blog by The Hungry Medium, Kat Niambi.

Your teenager knows that you smoke weed. You know how I know? Because I am a mom. A mom who smokes cannabis.

Weird things like pretending to clean your kids’ room while they are out of the house just to be nosy. We do it! Do not act like you do not.

On one of these weird days, as I was “tidying up”, I felt the need to snoop in my youngest daughter’s nightstand. The contents were basic teenage items...lip gloss, a small mirror, markers, spare change, postcards and oh hello...rolling paper, a weed roach, and a teeny tiny dime bag of cannabis!

Lots of thoughts. All of the thoughts.

It is the last one that I struggled with often since having kids. I had been smoking cannabis since I was 16 but because of the stigma surrounding it, I was afraid that my perfect “image” would be diminished.

Even my first reaction to seeing the joint in my kid’s room was more about my perception of what kind of person she must be. It was a fleeting thought but real, nonetheless.

There was/is some shame to unpack when it comes to the use of this plant. Even still, as I start to speak more about it publicly, I am met with nervous giggles and even a “shhhhh” once in a while.

There is definitely some judgment, but there was one life event that somehow offered me somewhat of a reprieve from the guilt, to finally open up and reveal my love for cannabis. The life event. Cancer.

In 2012, an abnormal mammogram set off a myriad of life changes. The day of the diagnosis was surreal. Previously (and gratefully), my general practitioner “felt” that we should check out a few calcification deposits present in the film. I shrugged, said “sure” and had the biopsy. Fast forward to the day of the results…

As my legs swung impatiently off the exam table while waiting for the breast surgeon to arrive, I was not really afraid. That in itself was odd because who wouldn’t be at that moment right? But really...I was not afraid at all. In fact, as I waited, I even took a gander at a few of the pamphlets one can typically find in a doctor’s office.

They were mostly about cancer yes, but in my mind, this had nothing at all to do with me. This was my training. This was actually a defensive tactic I had strategically put in place over the years after the birth of my oldest daughter 19 years before. You see, my mom had been dead for almost 20 years from one of the worst cancers (yes, that is a thing) one could endure; pancreatic.

For her, it was an excruciatingly painful transition; so much so that I cannot even endure writing about it extensively yet. And as a 24-year-old, watching her slowly pass, it left an imprint on my young mind…”I am going to die of cancer too”.

How this manifested itself over one year after her death and immediately following the birth (with complications) of my first child, was a drama of epic proportions. The look on my OB/GYN’s face after the emergency c-section when I exploded with the outcry, “I’M GOING TO DIE OF CANCER!!”, was priceless.

I can laugh at it now but at the time it completely restored my faith in God and the ancestors that I believed had forsaken me when I lost both my father and mother in the span of 4 years.

My growing spiritual belief system in addition to my OB-GYN saying “Honey...I just saw the inside of your entire abdomen. I didn’t see anything that remotely looked like cancer," set me straight. I knew right then and there that I was blessed; not only with this newborn that was gifted to me, but by the Creator who would watch over me and keep us both safe from harm.

So back to the diagnosis day. The greeting was short. I guess now in retrospect I should have realized that something was off because the post-biopsy appointment was with someone I had never met (see how this defense tactic works?). She calmly laid out the details. It starts with “well we did find…”

So, I would like to stop there. Because this blog entry is about my cannabis “coming out” moment, I would rather stay on that track. I do not want to blur the stories because they are both significant and deserve their own individual attention.

THIS story: the one where I was not a stranger to cannabis and now had a medical use. Or excuse for but still could not decide when to tell my kids about it...THIS story speaks to shame and judgment and worry...for no damn reason. Is there ever a real reason to be ashamed?

So, let us skip over the post diagnosis, the announcement to family and friends, the chemo, the radiation, and the unceremonious dismissal from a lucrative corporate position. Let us just focus on how I outed myself and the reflections on all of the ridiculous negative feelings leading up to the reveal.

Although I had been smoking pot off and on for almost 30 years at the time of the diagnosis, I had never attempted to make edibles. That is nuts because I am a great cook. But it also makes sense because NYC, “notoriously” known for its history in the weed game, probably did not have the best affordability for the process of infusion.

Like we just did not waste good weed by eating it. At least not where I was from. But hey. I had cancer. I did not want to smoke while going through treatment, so I thought I would try it out. Now I had to figure out how it all worked. How DO you get the grass into the brownies? My ignorance is fodder for another blog (I have a ton of blogs in me folks!)

So, one evening, a couple of good girlfriends came over to my house with our collective methodologies and we went to work on the project. I made sure I scheduled the visit for a day that my youngest would be out. My oldest was away at college so I did not have to worry about her. 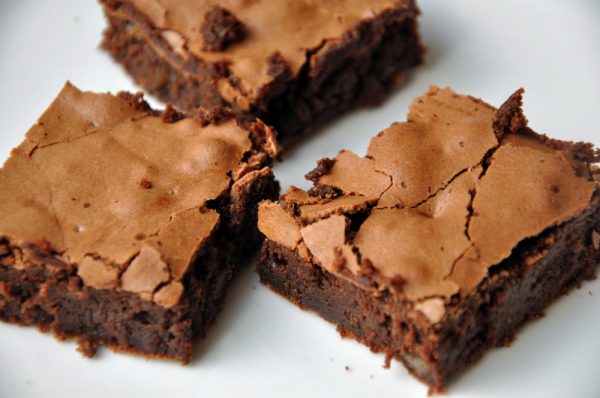 The brownies came out amazing! I made sure to bake in walnuts because my kid hated brownies with nuts. I had no story ready. Not sure we even noticed that the house smelled like weed because after just a few bites, no one cared.

This high was different. We were all in a genuinely nice state; high as kites when I heard the front door chimes jangling….OH no! The kid came home early! We were frozen! Like statues...

Suddenly I realized that she just might want to taste the brownies (occasionally she was known to pick out the nuts). I cannot recall if I were more fearful that she would eat them and get high (even though I knew she was a toker) or that finally I would be exposed as a bad mom.

Either way, nothing I was thinking was rational. When she went up to her bedroom after the standard auntie greetings, we hurriedly tried to scramble for ideas to draw her attention away from the brownies.

Nothing came to mind. This was/is NOT the child to whom you could just say “don’t eat the brownies”. But I tried it. Here is how that pot brownie infused conversation went:

Me: Do not eat the brownies

Me: Do not worry about it. Just do not eat the brownies.

Friend #1: Because they did not come out good.

Friend #2: Because they have meat in them!

All of us: Bwahahahaaaaaaaa (remember high AF)

Kid: What? Huh? Mommy! (as she stomped back upstairs)

My friends. Bless their hearts. Friend #2, knowing that my daughter was a vegetarian, thought that by telling her the brownies were made with meat (huh?), that the excuse would stop her from eating them. True but...

We laughed so hard that night but here is something high people never seem to realize....people can tell that you are high. I will get to that in a minute.

The next day after my friends had gone home, I felt bad and I felt silly. Why was I hiding my cannabis use from my kids? Especially since I knew they smoked! It made no sense in the world. I was undergoing treatment for cancer for God’s sake!

Nothing I was ashamed of mattered! I was alive and I was fighting to stay alive. I did not want something like pot to be the BIG SECRET. I did not want any secrets for that matter. So, I decided to tell my youngest the truth and HUNNY! The truth literally does set you free.

I basically just came straight out and said “Honey, I didn’t want you to eat the brownies because they have weed in them”. She did have a look of shock on her face but no judgement.

Eventually the word got around to my “mom friends” that their kids were talking about it but instead of being ridiculed or shamed, my daughters seemed prouder of me.

There are great lessons to be learned in this experience.

Several years after coming out, I asked my kids:

Youngest: You and your friends were clearly stoned that day (the brownie incident)

Me: But how did you know BEFORE that?

Youngest: We (she and her sister) had been taking from your stash.

Youngest: Only little bits so you never noticed.

At a young age, Kat Niambi connected with spirit on a different plane than others. A plane that did not manifest in huge and amazing ways until she was much older and drawn to the African spiritual tradition of her ancestors as her foundation for worship.

As a spiritualist and priest in the Yoruba Lukumi tradition, Kat eventually found her path to alignment with Source and everything that comes with that: a greater desire to help others on their personal journey as she travels on her own. Now as The Hungry Medium, her goal is sincere; to inspire folks to make a shift in their mindset and seek their true spiritual path.

You can find The Hungry Medium on Instagram @theHungryMedium and @theCannaCuriousClub