CBD May Be the Key to Curing PTSD 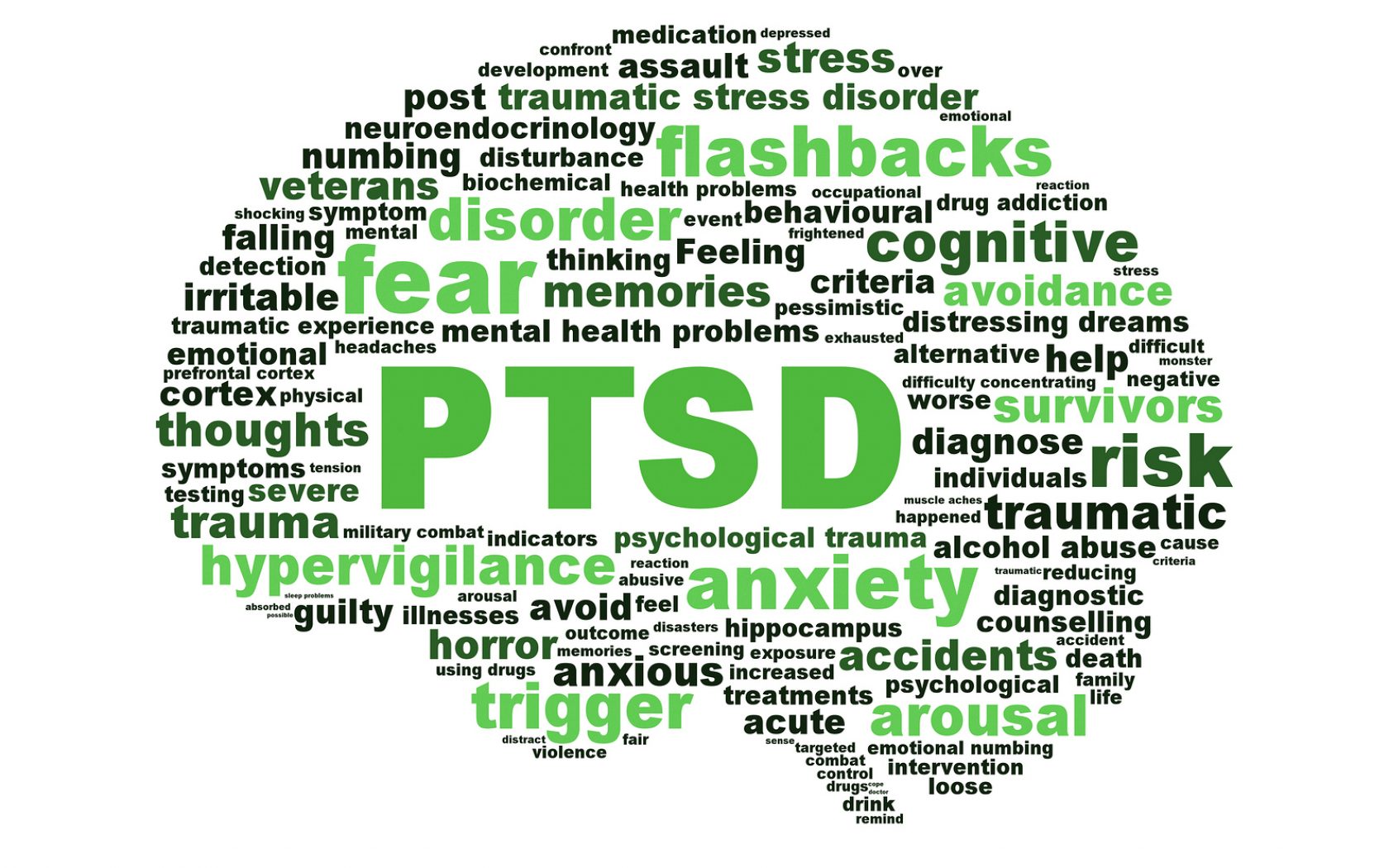 Our psychology, psychiatry and addiction practice brings us face to face every day with Post-Traumatic Stress Disorder (PTSD). Adults that were repeatedly traumatized as children or as adults too, often are suffering with undiagnosed PTSD. They are re-traumatized every time they go to another clinician who doesn’t understand PTSD. They are mis-diagnosed and labeled with depression, bi-polar disorder, anxiety disorders, or many of the other labels in the DSM (Diagnostic and Statistical Manual of Psychiatry).

The only difference between symptoms for depression and PTSD is “suicidal ideation.” To diagnose PTSD we don’t have to be suicidal. Clinicians who don’t understand this will label the patient ‘depressed’ and write a prescription for an anti-depressant and send the patient on their way with no real help. Anti-depressant drugs don’t work well and are often toxic. Patient complaints are many and include:

“They worked for a short time and have stopped.”

“I can’t get off these pills.”

“When I complained to my doctor he gave me another prescription to add to what I was already taking. Now I’m on two.”

If prescribing physicians understood the difference between major depression and PTSD perhaps there wouldn’t be millions of anti-depressants prescribed every year in this country. PTSD responds best with group and individual psychotherapy, Emotional Freedom Technique (EFT), and MM as suggested in the article above. The only prescription drug we use in our practice is Buspirone, a mild anti-anxiety drug that is easy to stop. There is essentially no withdrawal. We may add phenytoin (Dilantin) for some with more advanced PTSD.

I refer to PTSD as the “Clenching Disease.” My patients with PTSD agree with this and can feel it. They clench to such a degree that blood supply can be cut to the most vulnerable area of their body. The clenching can appear as headaches because the scalp and even the muscles around the eyes and jaw are tense.

Clenching affects the digestive system resulting in reflux and other painful manifestations. Breathing is also disturbed. The diaphragm barely moves and results in shallow breathing and the inability to sigh. And because of this clenched breathing, not enough oxygen gets to the lungs to then be transferred throughout our body.

Deep slow breathing and sighing are an important way to blow off stress. When the patient has gotten used to using MM, it is then important to get in touch with how they are breathing. Meditating on the breath every day is important. It is easier to let the chatter in our heads go or at least quiet down when we focus on our breath and our belly. If breathing appropriately, we should feel our belly going up and down as it fills and empties.

When anti-depressants don’t work, unaware physicians will try anti-psychotic drugs that are more powerfully mind numbing and now referred to by some as “a chemical lobotomy.” The family thinks the patient is much better because they aren’t acting out as much. But inside they may feel locked in with nowhere to hide.

It is others’ and our observations that many of our Vets who come back from war and develop PTSD, were also abused or repeatedly traumatized as children. This primes or conditions them to develop it.

A 64-year –old woman who presented with repeated childhood physical and emotional abuse and neglect has been in one of our psychotherapy groups for 3 years. She also had private sessions with me for EFT. She receives massages regularly, meditates daily and exercises most days of the week. She tells us often that she is grateful for the relief she is experiencing through these above 3 years and sometimes sadly mentions that she knows she will never be “normal” like someone who was never abused. The therapy group and she often express an almost constant “fight or flight” sense in their body and inner life. Our group’s almost “mantra” on this is “when PTSD raises its ugly head – wake up and name it.” [2]

[2] In other words, as soon as we feel ourselves being triggered by some outside appearing “threat,” tell ourselves or some safe near by person that we have been triggered and what’s going on isn’t actually real. We are reacting now to something that hurt us long ago. Just realizing and naming this can help to slow down and eventually stop us reacting in this way. Our groups have shortened this into “When PTSD raises its ugly head – wake up and name it.” We don’t have to explain ourselves to anyone. We just give “it” a name.

Someone told her about a new discovery that is a derivative of marijuana called cannabidiol (CBD). It lacks THC (or the amount of THC is minimal), so the component of the plant that produces the “high” (strong psychoactive effects) is not active or not there. CBDs are increasingly being given to treat children that have multiple seizures, commonly with excellent results. It comes in an oily substance that is dropped on or under the tongue once or twice a day. (And can be used more if needed. There is no “over-dosing.)

This patient started taking CBD drops and recently reported at group that she now feels the “normal” that she once thought was unreachable. She no longer feels like she is “walking on egg shells.” She calls it “A missing link” to her recovery.

Our government has conveniently and wisely labeled these CBDs as being a “dietary supplement.” It is far more than that: it is a natural bioactive treatment that works. The bottle says to start out with half a dropper or 15 drops on the tongue. She is taking 5 drops (a quarter of an eye dropper) in the morning and 5 drops in the evening. The least amount that positively affects the patient is usually the best amount. It can be ordered online.

When I lecture at conferences on spiritual experiences and how integration happens within them, I am often told by therapists and lay people that they themselves or their patients with PTSD are able to transcend their damaged belief systems.

They say they do that by transferring all the energy that they had previously devoted to their suffering, to doing repeated and usually long term safe inner work plus other aids that help them to physically reduce the tension in their bodies, into what eventually becomes a breakthrough into a higher level of consciousness. That inner work can be accomplished by any of several time-proven healing methods (see Chapter Six). We have long seen this in our private practice. By moving into their inner life instead of running away from it, their continuous state of hyper-arousal, anxiety (fear), and isolation becomes an expanded level of consciousness where their memories no longer contain the emotional charge. They can still tell their story, but without the emotional content they once had.

Many people with PTSD who suffer with the defense mechanism of “dissociation” (separation of our attention from the reality of our inner and outer life) learn to have compassion for themselves even though they have been labeled in the old paradigm as “dissociative”.” This trait of dissociating generates shame because they had considered it to be their fault. When they look back or are helped to look back on their traumas they realize that “leaving” the painful scene was a survival oriented gift helping them to temporarily detach from the seemingly life threatening experience. And somewhere in that realization is a new found spirituality that first manifests as compassion for themselves and what happened to them.

It appears as though there is something in the MM that helps them to remember the sense of spirit in them when they left each painful scene. CBD drops (without the “high” of the THC) appear to take away the repeated fear and anxiety underlying dissociation. In this realization, their painful stuck emotional energy transcends to a new felt sense of compassion.

Our patients that come in to see us who are in withdrawal from opiate painkillers or benzodiazepines sometimes report a 7 or 8 on the stress scale. When they take their CBD drops they often report the number dropping to a 1 to 3. And with these excellent result, there are no side or toxic effects then or later.

Personal Experience After we Taught about Medicinal Marijuana

I taught a 3 hour workshop on our book The Power of Humility at Findhorn, Scotland few weeks ago.

I was asked to spend some time talking about my new book The Secrets of Medicinal Marijuana.

During the Q and A, a vet asked about CBD drops (legal in the US and UK) for his PTSD.

He said he has a rapid heart beat (120-140 a minute) and the VA doctors have advised him that they will cauterize his heart (through the groin up into the heart) 3 or 4 times to try to slow it down.

After the workshop was over, I offered him the possibility to try my CBD drops in a vaporizer. He took his heart rate first and it was between 120 - 130.

After two inhales on the cannabidiol vape device, it dropped to normal, around 60. Needless to say, we were glad to see the difference and know that he didn't need heart cauterization.

This is another example of why I understand that PTSD is a physical disorder with psychological and emotional aspects. Our autonomic nervous system is firing too often. We call that "Being Triggered." 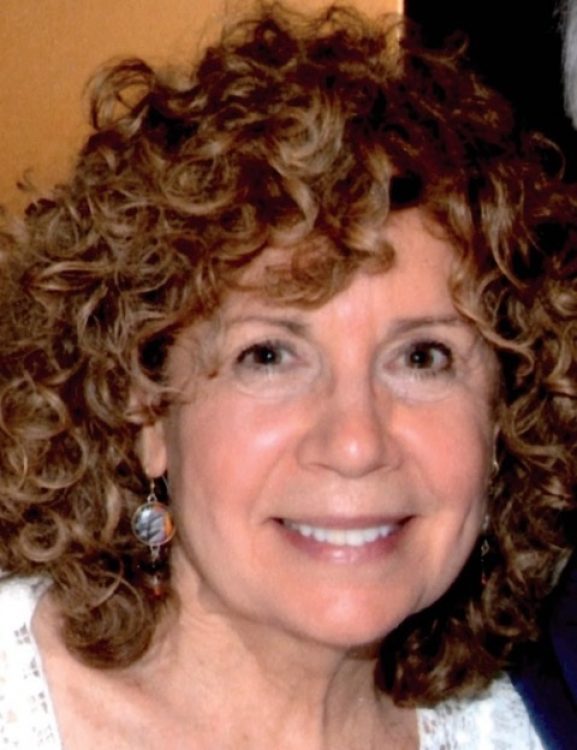 Barbara Harris is a consciousness researcher, therapist and author/co-author of 10 books on healing from repeated trauma, the emotional needs of critical care patients and integrating spiritual experiences. She lives and practices in Atlanta, Georgia. You can find her most recent work, The Secrets of Medicinal Marijuana: A Guide for Patients and Those Who Care for Them on Amazon.com