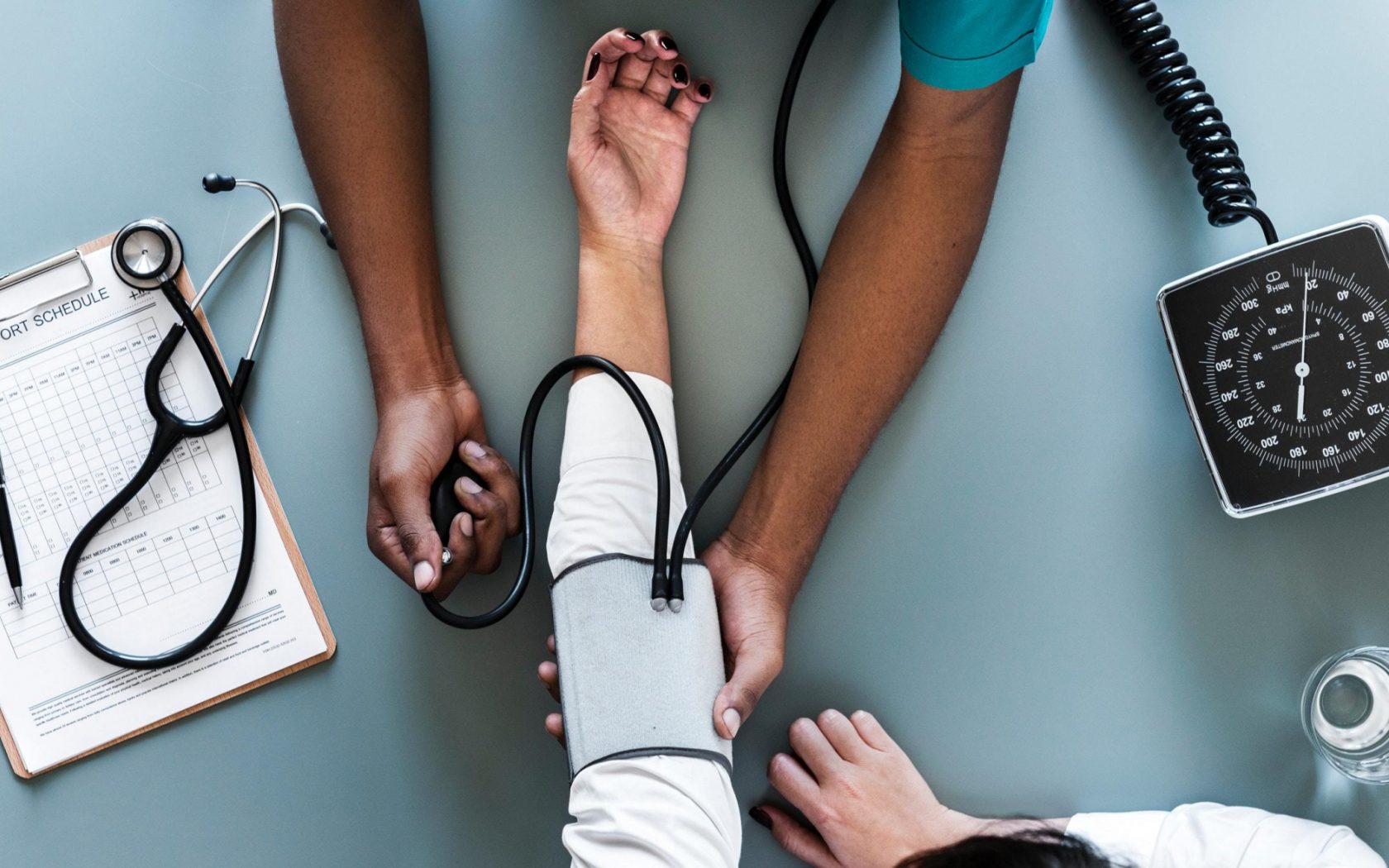 According to the CDC, at the end of 2015 there were an estimated 1.1 million individuals aged 13 and older living with HIV in the United States, including an estimated 162,500 individuals whose infections had not yet been diagnosed. Human immunodeficiency virus, more commonly known as HIV, is a disease that compromises the immune system by killing white blood cells. Over time the immune system begins to shut down making the individual more susceptible to “opportunistic infections” like meningitis, pneumonia, tuberculosis, encephalitis, chronic diarrhea, cancer and more. As HIV advances, it can become AIDS (acquired immunodeficiency syndrome) which is characterized by a low CD4+ T cell count and the contraction of other serious infections.

Historically, HIV/AIDS has been treated with a mixture of medications called high active antiretroviral therapy (HAART) which are designed to slow the progression of the disease. Doctors may also prescribe additional medications for the management of various opportunistic infections and symptoms. The downside of this drug therapy is that many individuals end up needing to be prescribed additional pharmaceuticals to address the negative side effects of the medication they were originally prescribed. As a result, many patients have turned to medical cannabis to alleviate their symptoms and live with HIV/AIDS.

The use of medical cannabis for HIV/AIDS has a rich history in California—medical cannabis advocate Dennis Peron who passed away earlier this year opened the San Francisco Buyer’s Club in 1992 as a medical dispensary for AIDS and cancer patients. After the death of his partner Jonathan West from AIDS, Peron worked tirelessly with other advocates to write and pass Proposition P—a ballot initiative that asked the city of San Francisco to recommend that California add cannabis to its list of approved medicines to treat various illnesses (including AIDS, glaucoma, cancer and multiple sclerosis) and not punish doctors for prescribing it. Proposition P passed and was the basis of the historic Compassionate Use Act of 1996 (Proposition 215) that made California the first state to legalize medical cannabis.

Many individuals living with HIV/AIDS suffer from a variety of symptoms caused by the disease and the antiretroviral therapy prescribed to slow its progression. Common symptoms include severe nausea, chronic exhaustion, chronic pain, anxiety, depression, loss of appetite, physical weakness and neurological complications. One of the most obvious ways that medical cannabis can benefit individuals with HIV/AIDS is its ability to stimulate appetite—many patients suffer from Wasting Syndrome where 10% or more of their body weight (including muscle) has been lost and this drastic weight loss often leaves individuals feeling weak, exhausted and unable to engage in every day activities. Due the the intense nausea that many patients experience, smoking or vaporizing cannabis tends to be the preferred method of consumption as edibles and tinctures can be hard to ingest and keep down. When you inhale cannabis, it enters your bloodstream through your lungs allowing you to feel relief of symptoms much faster than you would with an edible that needs to be processed through your liver.

In some cases, doctors will prescribe Marinol to HIV/AIDS patients before they are willing to prescribe medical cannabis. Marinol is a synthetic form of THC and since it is legal, many doctors want patients to try it before resorting to cannabis. Interestingly enough, studies indicate that Marinol simply isn’t as effective as THC that comes directly from the cannabis plant—this is due to the fact that Marinol is engineered in a lab and does not contain the other cannabinoids and terpenes that are found in the cannabis plant. It is widely believed that all of the cannabinoids and terpenes founds in cannabis work together synergistically to improve their overall effectiveness. This is known as the Entourage Effect. Marinol doesn’t provide this Entourage Effect as it only contains synthetic THC. Another reason that many patients find Marinol less effective? Its pill form means that it has to be ingested orally and the patient has to wait for a certain period of time for it to kick in. (This wait can take up to several hours according to some patients, during which time they continue to feel miserable.) Once the Marinol does kick in, the patient has very little control over how long it will last and may feel high or overly sleepy for hours on end. With inhaled cannabis, relief is felt almost instantly and the high doesn’t last anywhere near as long. This allows the patient significantly more control over medicating—they can take a puff or two when they’re feeling nauseous and stop when they begin to feel better. When the effects of the cannabis begin to wane and the nausea begins to return, they can take a few more puffs.

In 2017 Robert L Cook, a professor of epidemiology at the University of Florida, announced that he will be conducting a 400 person study that examines the effects of cannabis on individuals living with HIV. The study will take place over the course of 5 years and will look at the impact cannabis has on the brains of HIV patients, as well as whether or not cannabis has the ability to help suppress HIV. When asked about his interest in the effects of THC on the virus and its symptoms Cook replied, “I’ve seen some very interesting data that looked at just how much of the virus is in people’s blood before they were treated with antiretrovirals. The research showed that those who used marijuana had a lower amount of the virus in their blood compared to those who didn’t use marijuana. That’s a good thing if there is a lower amount of the virus. But I haven’t seen any clinical trials looking at the direct effects of THC on the virus. We also don’t have a lot research comparing THC alone versus THC and CBD on people with HIV.” While anecdotal evidence of the efficacy of medical cannabis for HIV/AIDS is extremely prevalent, it’s true that there is still a severe lack of clinical trials that we can point to that contain scientific evidence. Patients deserve to have more definitive answers about how cannabis works to combat HIV/AIDS and if it actually can slow the progression of the disease.

The Journal of Acquired Immune Deficiency Syndrome (JAIDS) published a study in 2017 that suggested that THC might be able to prevent HIV from progressing to AIDS. Essentially, individuals with HIV experience a decrease in Plasmacytoid dendritic cell (pDC) number and function, but prolonged pDC activity has been associated with the progression from HIV to AIDS. Plasmacytoid dendritic cells are immune cells present in the blood stream and when an individual acquires HIV these cells aren’t as effective at fighting off pathogens. The study suggests that THC has the ability to suppress pDC function during the early stages of HIV by dampening pDC activation. In this way, THC is acting as an immunosuppressant that is preventing the already compromised immune system from doing further damage at the hands of the ineffective pDCs.

As with any disease, we recommend speaking with your doctor before altering your current treatment plan or beginning a new treatment plan that includes medical cannabis. Once you’ve spoken with your doctor, you’ll want to find a licensed dispensary in your area that can make recommendations about which products may be most effective for your symptoms. Remember that everyone’s body is different, so it may take some time for you to find the right combination of cannabinoids and terpenes—be patient with yourself and keep an open mind! Need help finding a licensed dispensary in your area? That’s what we’re here for! Use the Hopegrown search bar at the top of the page for a list of Hopegrown-approved, licensed dispensaries near you!

DISCLAIMER: The information on this site is not intended or implied to be a substitute for professional medical advice, diagnosis or treatment. All content, including text, graphics, images and information, contained on or available through this web site is for general information purposes only. Always consult a doctor before making any health changes, especially any changes related to a specific diagnosis or condition.

(3) Marijuana Could Be Huge for Treating HIV