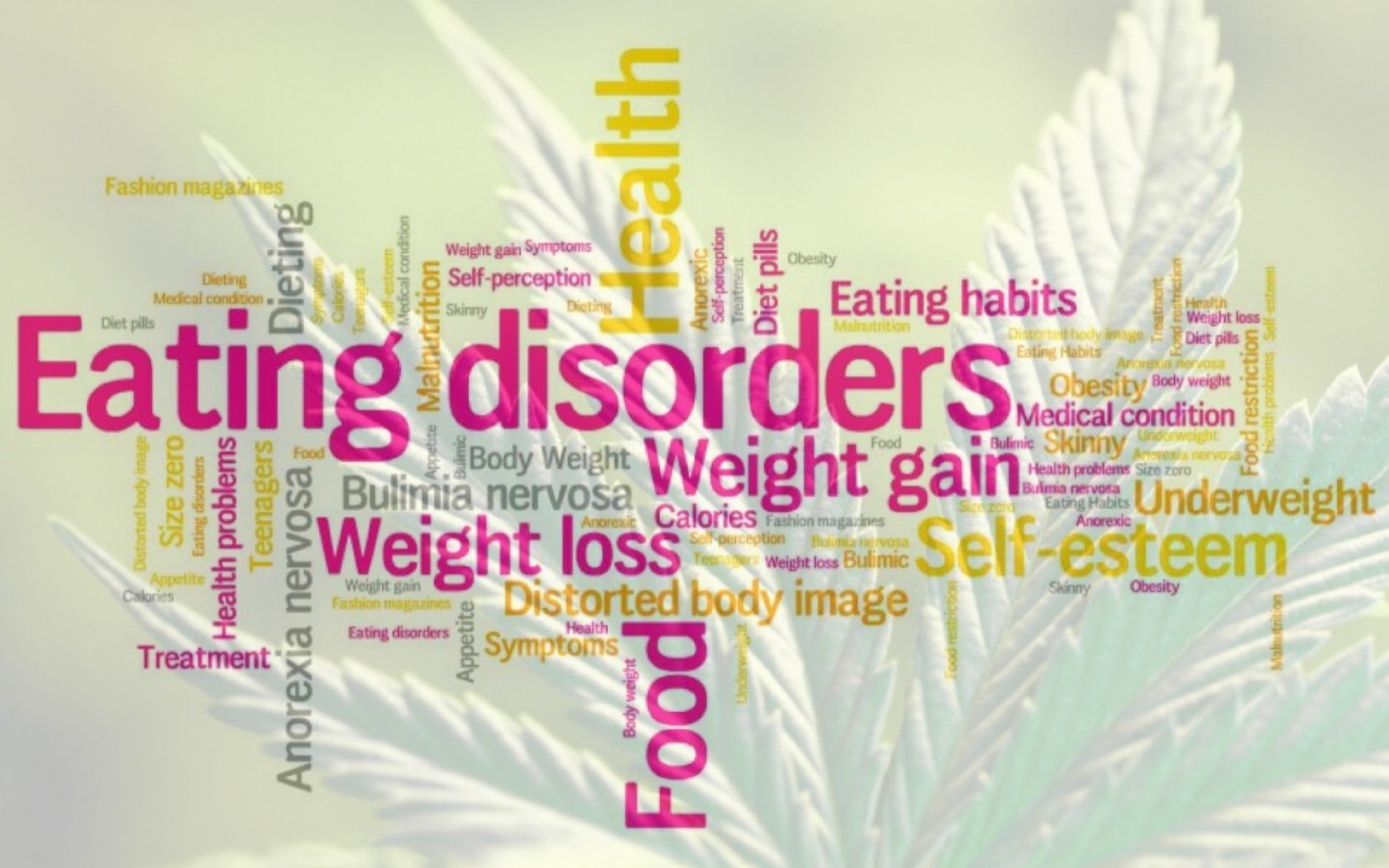 According to the National Eating Disorders Association (NEDA), an estimated 20 million women and 10 million men in America will suffer from an eating disorder at some point in their lives. Worse yet, eating disorders have the highest mortality rate of any mental illness. With National Eating Disorder Awareness Week coming up, we here at Hopegrown felt that it was important to discuss the potential ways that cannabis could be beneficial for individuals who are struggling with and recovering from eating disorders.

What Is An Eating Disorder?

For anyone who has used cannabis before and gotten “the munchies” it may seem fairly obvious that cannabis being an appetite stimulant would be beneficial for individuals who aren’t eating enough, but unfortunately there are only a few scientific studies that specifically look at the use of cannabis in relation to anorexia nervosa. The good news is that these studies certainly indicate that further research is needed into the use of cannabinoids for the treatment of anorexia nervosa. Back in 2011, a study conducted in Belgium indicated underlying imbalances in the endocannabinoid system are frequently found in those diagnosed with eating disorders, which means that the use of cannabis to target the endocannabinoid system could prove helpful in correcting endocannabinoid deficiencies. This study was too small to definitively say which cannabinoids should be used and in what ratios/doses, but it does indicate that a study should be done to determine what combination of cannabinoids would be necessary to correct these endocannabinoid deficiencies. This takes us to 2014, where a group of neuroscientists from Europe conducted an animal study that examined why specifically THC could be beneficial for individuals with anorexia nervosa. Essentially, individuals with anorexia nervosa have lost the ability to feel pleasure in eating—but the way that THC specifically interacts with our CB1 receptor in our endocannabinoid system elevates the pleasure we feel from eating by increasing our overall sensitivity to taste and smell. This is all well and good, but there are still many medical practitioners who aren’t totally convinced about the efficacy of cannabis for anorexia nervosa. Their argument is that oftentimes the act of resisting the temptation to eat is what provides individuals with anorexia nervosa the feelings of control and power that they desire, so just because cannabis increases an individuals’ desire to eat doesn’t mean that it will make an individual with anorexia nervosa choose to eat. This is an extremely good point and it highlights why the use of cannabis alone won’t help an individual overcome anorexia nervosa—it needs to be used in combination with consistent therapy. Something else to keep in mind is that many individuals who have been diagnosed with anorexia nervosa also suffer from anxiety, which can be aggravated by certain strains or too much THC. For those who are concerned about increased anxiety, adding a little bit of CBD to the equation can be helpful; however, CBD hasn’t been shown to be an appetite stimulant like THC so it’s important to be taking more THC than CBD to receive the appetite stimulating benefits of cannabis.

What About Bulimia Nervosa and Binge-Eating Disorder?

After the points we just made about THC being an appetite stimulant, you’re probably wondering exactly how cannabis could be beneficial for individuals who struggle with episodes of binge eating. The answer is THCV and CBD. THCV (tetrahydrocannabivarin) is a cannabinoid found in cannabis just like THC and CBD. As its name suggests, THCV has a molecular structure similar to THC, but it also provides different effects. One of those effects is that THCV is an appetite suppressant. While there haven’t really been any studies into the use of THCV for bulimia nervosa or binge-eating disorder, the fact that THCV could potentially be used by an individual to curb their appetite before a binge begins definitely seems worth looking into. The only issue is that many individuals who suffer from bulimia nervosa or binge-eating disorder eat even when they don’t feel hungry or even when they feel full, so the use of THCV alone wouldn’t be an effective treatment. When utilized with cognitive behavioral therapy, THCV could be a useful tool for individuals who are able to recognize the warning signs of a binge episode and can then choose to use THCV to suppress their appetite and aid in avoiding the binge eating behavior. Unfortunately, there aren’t a ton of THCV-only products on the market, but African landrace strains like Durban Poison and other sativas tend to have higher concentrations of THCV. Ask your local dispensary if they have test results for their strains and tell them you’re looking for something high in THCV. If you vape, you can also check out the Suicide Girls’ Zero vape—it’s a THCV infused hybrid vaporizer cartridge specifically designed to give users control over whether or not they get the munchies. Animal studies conducted on rats indicate that CBD may also have appetite suppressing effects, but the data isn’t as definitive as what we’re seeing with THCV. Give strains or products high in CBD a try as they could prove beneficial as well and since CBD doesn’t cause the user to feel high, there’s no need to worry about increased anxiety or dependency issues.

As with any medical condition, it’s extremely important to talk to your doctor before you begin a new treatment regimen or make adjustments to your current regimen. If you are concerned that you or someone you care about is struggling with an eating disorder, you can visit the National Eating Disorders Association website for informational resources and support via their helpline. The most important thing to remember is that you are not alone, you are not “damaged” or “broken” and there are many wonderful therapists who can help you get better. To find a doctor near you who you can discuss the benefits of medical cannabis with, simply use the Hopegrown search bar at the top of the page!

(1) Can Medical Cannabis Be Used as an Anorexia Treatment?

(2) Qualifying Conditions for a Medical Marijuana Card by State

(3) The Connection Between Anorexia, Bulimia, and Marijuana

(7) What Is THCV and What Are the Benefits of This Cannabinoid?