Billy’s Story: A Mother's Fight to Change Cannabis Laws in the UK 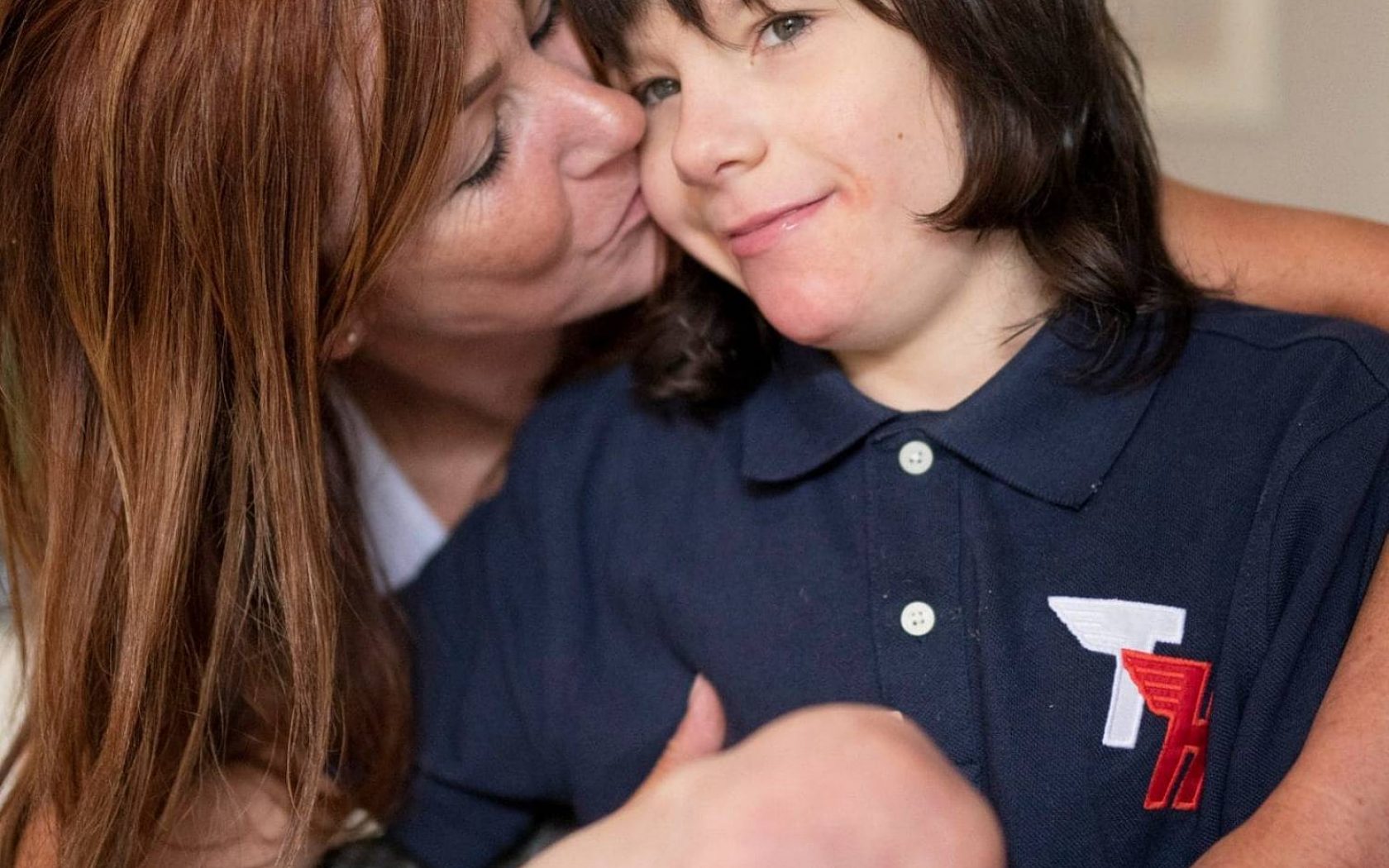 As a parent, there’s nothing you wouldn’t do to help your sick child. For Charlotte Caldwell that included bringing her son Billy to Los Angeles in June 2016 all the way from their home in Ireland to see a childhood epilepsy specialist. Charlotte was determined to do anything she could to help Billy who was at times suffering up to 100 seizures a day, completely robbing him of any quality of life. When the doctors found an inoperable lesion on the left temporal lobe of Billy’s brain, Billy was referred to a medical cannabis specialist in hopes of reducing the seizures another way.

Under the guidance of a doctor, Charlotte began to give Billy high CBD cannabis oil. It took about 8 months, but eventually the cannabis oil began to work for Billy. Billy went from having up to 100 seizures a day to being seizure-free for over 250 days. What caused Billy to have a seizure after over 250 days? The fact that he was denied access to his medicine and missed his first dose in over a year when cannabis oil purchased in Canada by his mother Charlotte was seized at Heathrow Airport by Home Office officials earlier in June. (The Home Office is the wing of UK law enforcement responsible for enforcing drug-control laws.) Charlotte had to go to Canada to get Billy’s medicine in the first place because earlier in 2018, the Home Office informed Billy Caldwell’s doctor in the UK that he could no longer prescribe cannabis for Billy’s seizures. If the doctor didn’t immediately stop prescribing cannabis for Billy, he was told that he would lose his license to practice medicine. Unwilling to let Billy suffer, Charlotte was extremely open about the fact that she planned to go to Canada to get his oil and that she hoped that she would be allowed to bring it into the UK without issue because of the circumstances. Instead, the 6 month supply of oil that Charlotte returned with was confiscated and Billy was left without the only medicine that had ever been able to prevent his seizures for an extended period of time. Devastated, Charlotte knew that it was only a matter of time before Billy would begin having seizures again. And she was right.

According to the BBC, Billy suffered his first seizure in over 250 days less than 24 hours after his cannabis oil stopped being given to him. After taking a regimented dose of cannabis oil every day for over a year and being seizure-free for over 250 days, the cannabis oil is stopped and suddenly Billy’s seizures return? It seems like no coincidence—the cannabis oil was helping Billy and without it his life was at risk. Luckily for Billy, his mother Charlotte had no intention of backing down and went toe-to-toe with the Home Office to get his medicine back. Unfortunately, Charlotte wasn’t able to get Billy’s medicine back before he had a seizure that was serious enough to put him in the hospital. Thankfully, newly appointed Home Secretary Sajid Javid used his power to issue a special 20 day license to Chelsea and Westminster Hospital to administer the cannabis oil to Billy. Billy was discharged from the hospital soon after being back on his cannabis oil. The license does not allow for Charlotte to give Billy his medicine at home, so she has to bring him to the hospital to receive it. The license was given with the understanding that it was for a “short term emergency” and the Home Office will need to review it when the 20 days are up. Obviously this worries Charlotte, because once the 20 days are up will Billy once again be denied access to his medicine? Based on talk currently coming out of the UK, hopefully not.

Billy’s story has brought to light that the UK’s laws regarding medical cannabis are in serious need of review. And this review needs to happen as soon as possible, because seriously ill patients like Billy are suffering every day that goes by without reform. As Mr. Javid stated to the House of Commons, “It has become clear to me since becoming Home Secretary that the position we find ourselves in is not satisfactory…It is not satisfactory for the parents, it is not satisfactory for the doctors and it is not satisfactory for me.” In his statements to the House of Commons, Mr. Javid was very clear that he has no intention of legalizing cannabis for recreational use and that his focus is purely on medical cannabis for seriously ill patients. So what happens next? Like in the United States, cannabis is considered a Schedule I substance in the UK—a substance that has no medical value and cannot be prescribed by doctors under any circumstances. Mr. Javid would like to review the Schedule I status of cannabis in two parts. The first portion of the review will be led by Professor Sally Davies, the UK’s chief medical officer, and will "weigh the evidence available for the medicinal and therapeutic benefits of cannabis-based medicines”. This will determine which forms of cannabis or cannabis-based medicines should be the focus of the second part of the review. This second portion of the review will be led by the Advisory Council on the Misuse of Drugs and will “assess based on the balance of harms and public health needs what may need to be rescheduled”. If the review determines that there are significant medical benefits provided by cannabis, the UK will reschedule it so that it can be prescribed by doctors to patients like Billy.

This is a crucial moment for the UK—as Former UK Conservative Party leader William Hague put it, "Billy's case provides one of those illuminating moments when a longstanding policy is revealed to be inappropriate, ineffective and utterly out of date…It must now be asked whether Britain should join the many other countries that permit medical-grade marijuana, or indeed join Canada in preparing for a lawful, regulated market in cannabis for recreational use as well.” Although it’s highly unlikely that the UK will embrace the recreational legalization of cannabis anytime soon, the legalization of medical cannabis is still a significant step forward for the country. Like in many other places, the legalization of medical cannabis in the UK will provide an opportunity for a better understanding of the plant, its benefits and those who use it. While it’s true that Charlotte could have probably snuck the cannabis oil by customs had she not announced in the press that she would be bringing the oil back from Canada, the conversation she has sparked in the UK about medical cannabis reform has been a long time coming. Someone needed to push the issue, because patients are suffering. At the end of the day Charlotte is a mother who would move mountains for her child, just like every other parent, but she’s not just fighting for Billy—she’s fighting for every sick child in the UK who could benefit from access to medical cannabis and their families. The UK still has a ways to go, but thanks to Charlotte Caldwell’s tenacity and dedication to her son they are taking steps in the right direction to legalizing medical cannabis.